I’ve fostered several dogs, so I know where rescue groups are coming from with certain adoption requirements.

But when the adoption application process for these dogs is too difficult, it creates a bottleneck in the sheltering system. Currently, 3 to 4 million healthy dogs and cats are killed annually in U.S. shelters, and I believe it’s a shame we aren’t trying harder to get them into good homes. They don’t even have to be perfect homes.

Today I am featuring three women who have found it difficult to adopt a dog. (Two of the women asked me not to use their last names.) 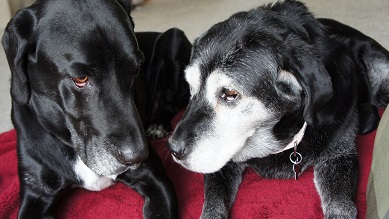 Here’s what they had to say about the adoption process:

Jennifer P. said it’s important to her to adopt a dog because she feels these dogs deserve homes and can make great pets. Her current dog was adopted from a humane society in Illinois and is “absolutely the best dog.”

[quote_right]”Getting rejected multiple times while trying to give a loving home to a dog has been frustrating to say the least.”[/quote_right]

She has been attempting to adopt a second dog for the last six months and has faced several rejections.

“Getting rejected multiple times while trying to give a loving home to a dog has been frustrating to say the least,” she said. “I want to be able to give a home to a dog that doesn’t currently have one.”

Kristyn S. also tried to adopt a dog a little over two years ago, and she said that same dog is still available for adoption through PetFinder.

“It’s so sad to see that he could have had a loving home for two years, but instead they chose to keep him in a foster situation with lots of other animals,” she said.

Kristyn had dogs growing up that were adopted through the ASPCA. She said her parents always emphasized the “importance of giving rescued animals a chance at a better life.”

Not having a fenced yard is a barrier

To Jennifer, one of the most frustrating obstacles in the adoption process so far is that she does not have a yard. She currently lives in a two-story town house with a large patio area.

She said she has applied for several dogs and has been rejected each time based on her written application.

“I don’t even get to speak to anyone on the phone about my application or get to meet the dog,” she said. “This is the most frustrating part, not even being considered. I feel they are missing out on helping a dog.”

She said she is willing to hire a dog walker and will do anything to give the dog the best life. 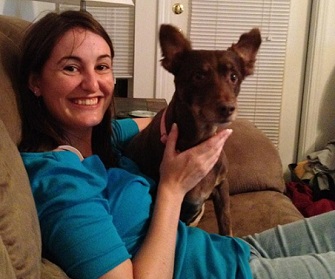 Not having a fenced yard was also a barrier for Kristyn.

She said her previous dog Sis (pictured above) was perfectly suited to apartment living and went for long morning and evening walks with a midday bathroom break.

“She led a happy and comfortable life, even though she didn’t have a fenced-in yard,” Kristyn said.

[quote_center]”She led a happy and comfortable life, even though she didn’t have a fenced-in yard.”[/quote_center]

Lenore Hirsch had a similar experience getting rejected.

She “ended up with a wonderful dog” (check out her dog’s memoir here), but first she was turned down from adopting a border collie.

The humane society told her the border collie was not a good match for her apartment lifestyle at the time and would need space for running.

“I was heartbroken,” said Hirsch. “Talk about feeling that you’re not good enough!”

Home visits are a barrier 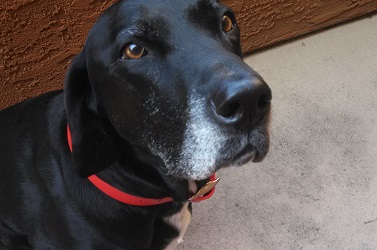 Another barrier Jennifer has faced is the home visit, where a volunteer will visit your home to make sure it’s appropriate for a dog.

She said she was rejected from adopting one dog because she lived more than 2 hours from where the dog was located. This was too far for the adoption organization to send someone to complete the home visit, even though Jennifer said she was willing to make the drive to meet the dog.

“I was flabbergasted that this was the reason,” she said. She had even offered to take a video of her home or to Skype.

Advice for others who hope to adopt a dog

[quote_right]”I am sure there are places out there that are easier to adopt from.”[/quote_right]

The dog adoption process can be challenging, Jennifer said. “A few years ago it was easier, but times have changed.”

She said she wants adopters to know it’s important to keep looking.

“The dog will pick you, and then it’s time to jump the adoption hurdles,” she said. “While I have had a difficult time, I do have a dog and a cat which adds a level of complexity. I am sure there are places out there that are easier to adopt from.”

What could rescue groups do differently?

Jennifer said she understands that some of the adoption agencies have a lot of applications for each dog, making it very difficult for volunteers to follow up on every application. However, she believes every person should be considered and deserves a follow-up call.

“It is very hard to judge a family based on a paper answer,” she said.

If the dog the family applied for is not a good fit, then perhaps a different dog could be a good match, she said. Sometimes you just don’t know if the pet is right for you until you meet the dog in person.

Hirsch also wonders if there is a better way to match potential adopters and pets. She suggested some sort of survey to hand out to potential adopters. That way, each person can determine the type of animal that would best suit their family situation and lifestyle.

“Better to let the human rule out certain types of animals than to let the person fall for an animal and then be turned down,” she said, which is what had happened to her.

For example, if the pet is too skittish, too aggressive, needs too much grooming or too much exercise. 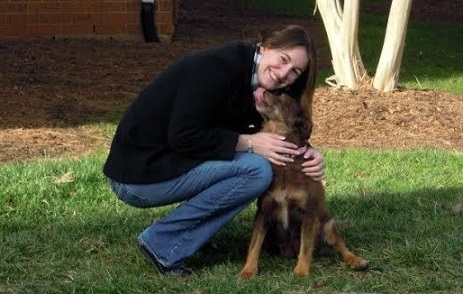 If you are a foster parent to a dog or a cat, Kristyn (above) suggested you ask yourself this question:

Would this animal be better off in a loving home being offered by this adopter, allowing me to take in another animal that would otherwise be killed?

“Obviously there have to be standards,” she said. “Many of the animals were rescued from abuse. And the foster parents are very attached, and want them to have good homes.”

What suggestions do the rest of you have for finding the right balance on this issue?

45 thoughts on “Do dog rescue groups make it too difficult to adopt a dog?”