I use “no” regularly when communicating with my dog.

Usually it’s a sweet, “no-oh” in almost a sing-songy voice, but it does get Ace to stop what he’s doing. He is a “soft,” eager-to-please guy. (Update: Ace has passed away.)

It’s rare for me to growl out a firm “NO!” but it does happen, and it does get my point across.

Actually, my most serious verbal correction goes something like “HEY! That’s enough of that!”

For my sensitive dog, it works.

I got the idea for this post when a reader named Joyce emailed me and said a “sharp NO” helps quiet her dog down and wanted to know my opinion on this. Thank you, Joyce for your email. I certainly use “no” quite often as well. 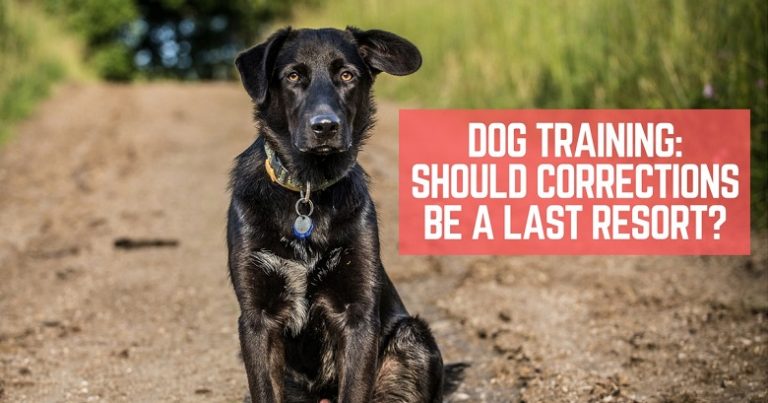 But “no” doesn’t have to be a form of “correction” or discipline. It can be a way to calmly ask your dog to “please stop what you’re doing.” Then reward what you want him to do instead.

I use a soft, “no-oh” when Ace is whimpering over seeing another dog, for example. Then I use praise when he’s quiet.

I’m not here to say whether or not dog owners should use verbal corrections. I assume most people do, in some form. And if not, I guess that’s fine too.

I use a short, “psst!” sound for my cats, like the sound Cesar Millan uses. It works.

I also snap my fingers as a “correction” sometimes when Ace is breaking from heel or stay or when one of my pets is about to step into the kitchen, where they are not allowed. This also works.

And of course, my animals often use verbal and physical corrections with one another, too. No one is every confused about the message: “Stop!”

But are verbal corrections from people to dogs no longer accepted? 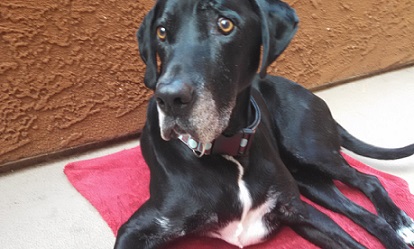 When reading dog training blogs and forums lately, you’d almost think telling a dog or puppy “no” is off the table as far as a training “method.”

I agree that ignoring unwanted behavior can work extremely well, and it’s often the wisest choice, along with rewarding the right behavior.

For example, the dog is whining. You don’t look at him. He keeps whining. You go about your business. You might even walk away. Eventually, the dog stops whining and goes and lies down on his dog bed. That’s when you pet him and lie down on the floor with him or you give him a treat. The good behavior is reinforced.

I also realize that sometimes telling a dog “no” doesn’t work at all. It might even encourage the behavior.

Sometimes I scold my dog when he’s whining for attention, and what does he do? He thumps his tail.

But when Ace is about to lift his leg on my grandpa’s potted flowers? A firm “NO!” does the trick.

Or the time Ace peed on the trash can in the entryway of our apartment complex? I huffed a serious “NO” at him that day. I couldn’t help it. I was mad.

He hasn’t considered marking that trash can since, even though other dogs do it.

‘No’ to save the dog’s life

And on a more serious side, telling a dog “no” can even save his life. I don’t think I need to go into the different scenarios such as when he’s running towards the street or about to eat something dangerous or when he’s thinking about confronting an unfriendly dog or a wild animal.

So, what are your thoughts on using verbal corrections?

Do you tell your dog no? Does it work? Do you try to use it sparingly? Or even not at all?

Lindsay, I am so glad that you addressed the word "NO." I was upset with my little Fur Baby the other day when he walked away with my son's pillow. Although he looked so adorable sprawled on it as though he was going to take a nap, I didn't want the pillow to get dirty so I said very firmly, "NO." Okay, I'll admit, I yelled at him and he got off the pillow but looked sad most of the day and then I felt guilty so I confessed to my husband and son and they thought I was terrible. I need my baby to know the word "NO" and that he's to stop whatever he is doing when I say it. I also pointed out to my husband and son that if ever he was to go in the street even though we always walk him on a leash, but you never know when he could wiggle his way out of his collar, he did it once already so we got a new one, but that's when I need him to listen the most because he would be in danger and I'm really the only one he listens to because I'm alone with him most of the day. He's very good at obeying me and when I say come to mommy, he does. I can't thank you enough for giving me permission to say "NO." I can't wait to tell my husband that I'm not the meany he and my son thinks I am. However, I'll try not to yell as I did. I overreacted. I admit it! Having a stressful day that particular day, that's all. I love him dearly and he knows it. I just felt so bad to see him so sad and I made it up to him by playing fetch. He still loves me. (: We love each other and I adore him and that's all that matters. I would never hurt him in any way not even his sweet little feelings. He is a Shih Tzu, so adorable and so lovable.

Oh gosh, don't feel guilty! Your pup will be just fine. If Remy grabs one of our shoes or a blanket that's not his, you bet he gets a firm NO!

I use the word NO for my dog, same as I use it for my daughter when I can see she is doing something I do not agree with or something I can foresee that it brings her in danger, but she doesn't know as she doesn't has the life experience yet. With the differences in voices as you described. From a gentle no, please do not do it up to a clear NO - do not dare to do this. And he knows the differences. Even for sure he tries to test how far he can go. I think it is important to do so. And watching the dogs - they do the same in their language. They warn each other with a growl if they don't like something. This is for me the same No as I am using.

I use that "wounded duck noise" kind of "annnnkkkkk" with my pix mix Gracie. Seems to cover a myriad of things to show that Mom is displeased.

Honestly, I think it's hilarious to think I could have raised and trained my dog without ever using a verbal correction. Even an, "Uh-uh" wasn't enough to get her attention. Now that she's a mature dog, and we've built up a solid working bond, I have gone largely force-free with her, because I can. She reads me well and just doesn't need anything past a reminder. As a puppy? It's just ridiculous to think she would have turned out to be a good dog without some boundaries being set, and she is of a temperament such that she needed something a bit stronger. In fact, I think if I'd gone firm at the outset, I'd ultimately have needed to correct less. Dogs aren't kids, but really, setting the boundaries and rules for home and life isn't all that different sometimes, and I always raise an eyebrow at kids whose parents obviously don't use "no"/"hey"/"knock it off"...because it shows, and not in a good way.

Haha! I know, I hear ya. You've done such a great job with your girl. Congrats on all you've accomplished recently.

Willow thought her name was Nowillow for the first year of her life.