A dog advocacy group called Animal Farm Foundation has been collecting photos of everyday pitbull owners for its “Majority Project.”

Through the Majority Project, Animal Farm is showing that these “average” pitbull dog owners are not the exception but the rule.

“Everyday people are the majority,” Animal Farm says on its web site. “The Majority Project is designed to challenge incorrect stereotypes about ‘pit bull’ dog owners.”

Sometimes breed-specific legislation (BSL) has little to do with dogs, according to Animal Farm. Targeting the dogs is a way to profile or discriminate against people. 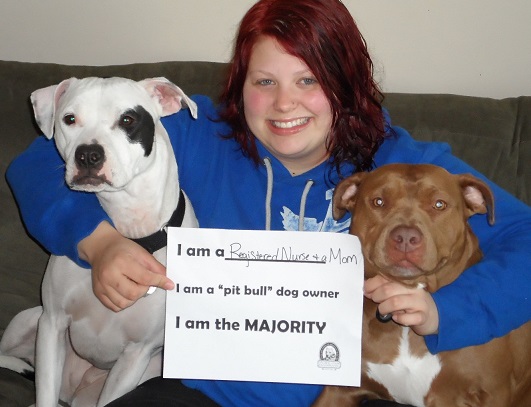 Through the Majority Project, Animal Farm wants people to know:

Have you ever caught yourself spreading incorrect stereotypes about pitbull owners? 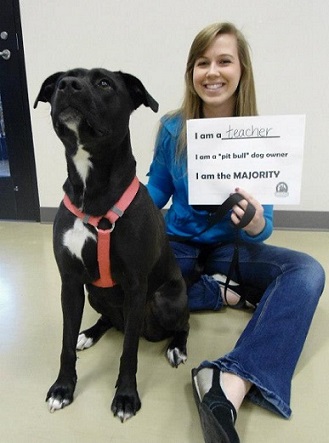 I know I have, but that was before I knew better.

Ever catch yourself saying any of these?

People making these statements may have good intentions, but the statements are obviously very false.

Just like the majority of pitbull dogs are good and average dogs, their owners are also good, average dog owners.

Like I’ve said before, I like to replace “beagle” or “black Lab” with “pitbull.” If it sounds like a ridiculous thing to say about a beagle, then why would you say something so ridiculous about a pitbull?

“Beagles can be nice dogs in the right hands.”

“It’s not the black Labs. It’s their owners.”

More about the Majority Project

The Majority Project is a photo collection illustrating the countless pitbull dog owners who are no different than other dog owners.

Animal Farm Foundation encourages pitbull dog owners to join the project by visiting TheMajorityProject.com and printing out and personalizing an “I am the MAJORITY” sign and submitting a photo with their dog. The video below shows a sampling of the photos so far.

Despite the stereotypes placed on them, the majority of pitbull dog owners (like all dog owners) love and care for their dogs responsibly.

Go here to submit your own photo. And, if you email it to me as well, I’ll add your pic to this post (Lindsay@ThatMutt.com).

Some of the photos from the Majority Project: 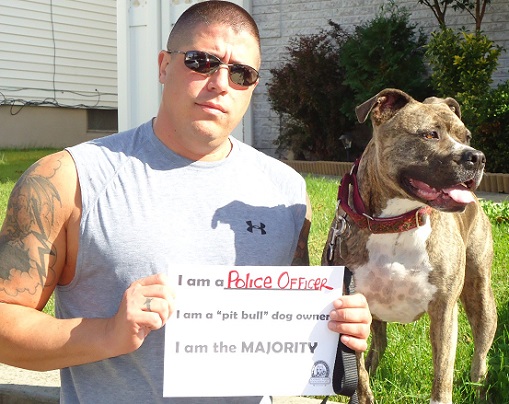 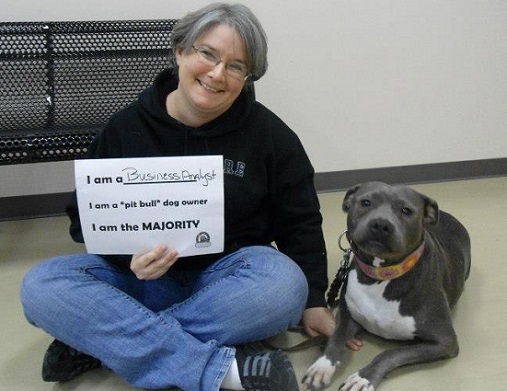 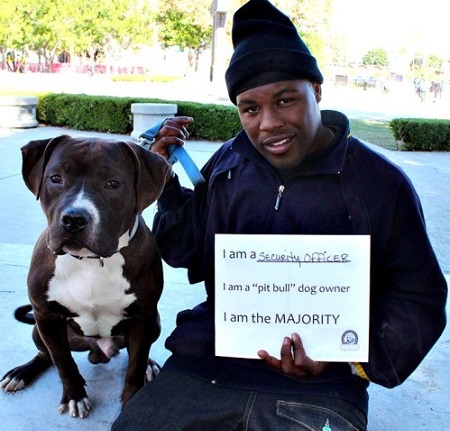 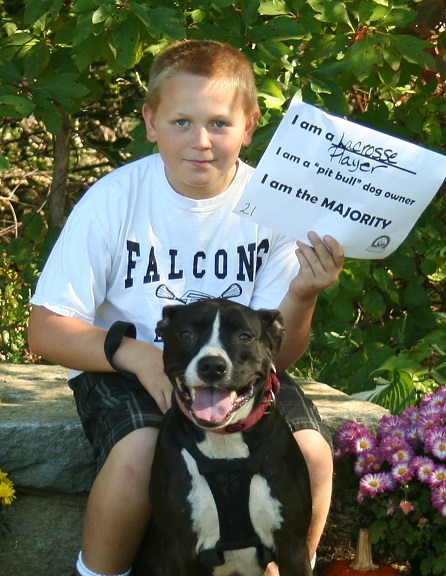 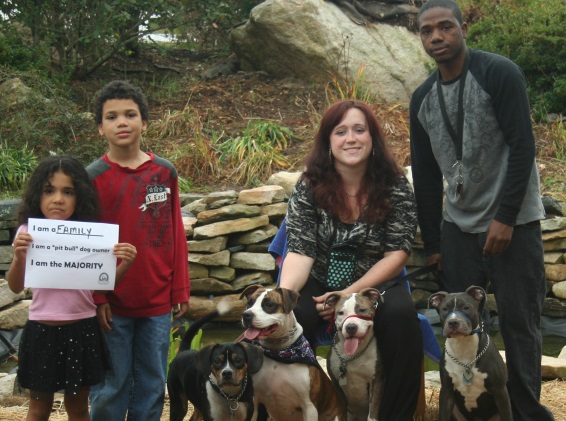 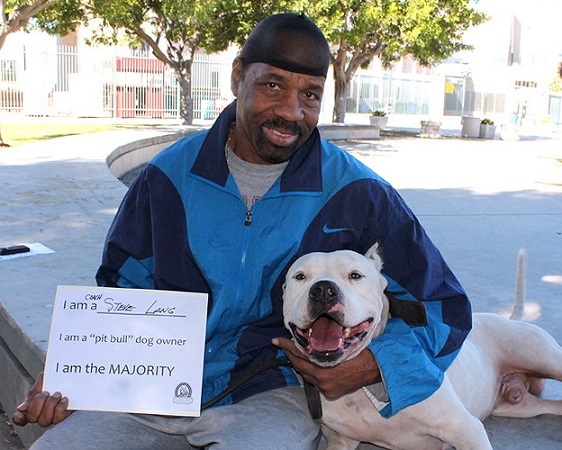 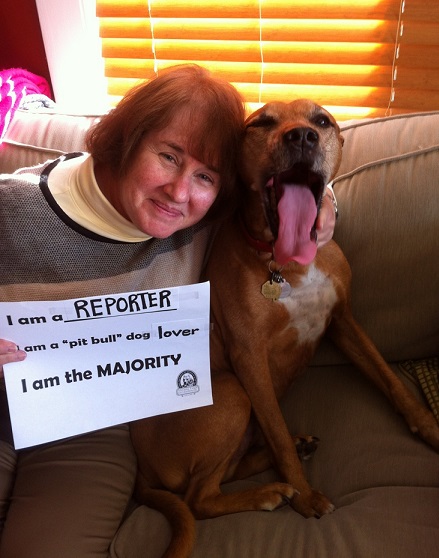 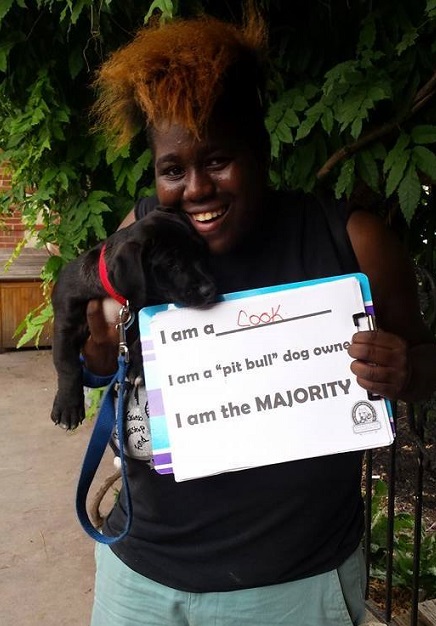 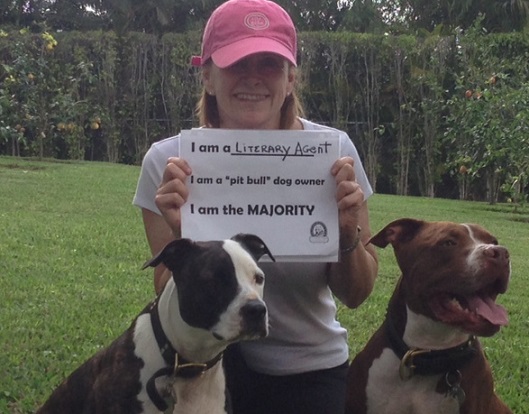 How to get pitbulls adopted

What if we dropped the term “bully” breeds?

10 thoughts on “Correcting incorrect stereotypes about pitbulls – the Majority Project”