Note: My dog Ace was very sick for about 8 months. My dog had multiple drain tracts, wounds and infections on his body that would not heal, but we finally found a way to help him.

We think he’s feeling more energetic than he’s felt in over a year.

We finally figured out his health issues after working closely with a dermatologist since February.

Ace’s final diagnosis is panniculitis, which is a rare condition where a dog’s fatty tissue under the skin becomes inflamed, causing “nodules” that can break open and drain an oily, bloody liquid.

The cause is usually unknown. 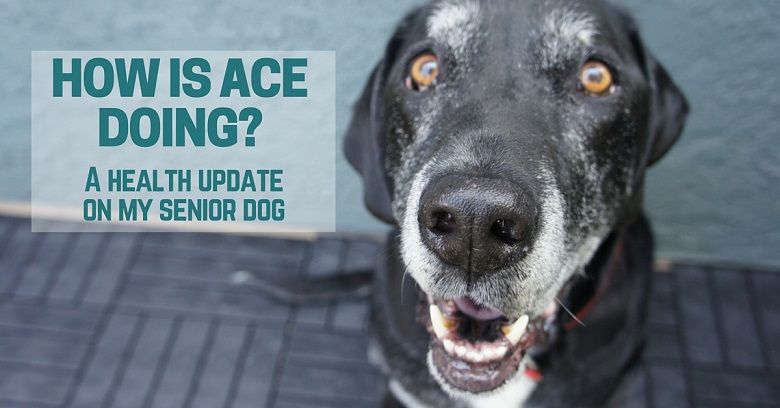 It took several months and three specialists to finally diagnose Ace with panniculitis.

Because Ace originally had only a single wound and drain tract for several months, all the vets we worked with kept saying he most likely had a “foreign body” such as a foxtail.

The poor guy had surgery in December with our general veterinarian to remove the “foreign body” and needless to say, the surgery did not help. (I don’t blame our vet. He is a good vet.)

In February, we had a second surgery scheduled with a specialist because we were still thinking “foreign body” at that time. But literally hours before that surgery was scheduled, a second drain tract and wound burst open on another area of Ace’s body.

As awful as it was to see multiple wounds and drain tracts appearing on my dog (he would eventually have six), this is what led us to meet with a dermatologist instead of a surgeon.

Over the next few months, the dermatologists helped Ace get rid of multiple secondary infections that had developed, and then once those were under control we started him on an immunosuppressant medication called Atopica (cyclosporine) to finally treat the panniculitis.

I’m thankful I still have my dog

I had truly reached my financial and emotional limits, and I had accepted that Ace was going to die from whatever disease was causing so many lesions on his body. I didn’t know what he had at the time; no one seemed to be able to help us.

And then … finally … he got better with the right medication.

Not only has Ace’s body healed, but his playfulness, goofiness and energy are back!

He’s still old and has arthritis, but he can walk 1.5 miles at a trot, play fetch, do tricks, joke around. His face is expressive again. He “laughs,” makes eye contact, follows me around, does all the things that a normal Ace would do.

It took us over 30 minutes to walk a half-mile in February. Today he trots a mile and a half in the same amount of time.

He must’ve been feeling so sick for such a long time. I didn’t quite realize how sick he actually was feeling. I thought a lot of it was just his age. 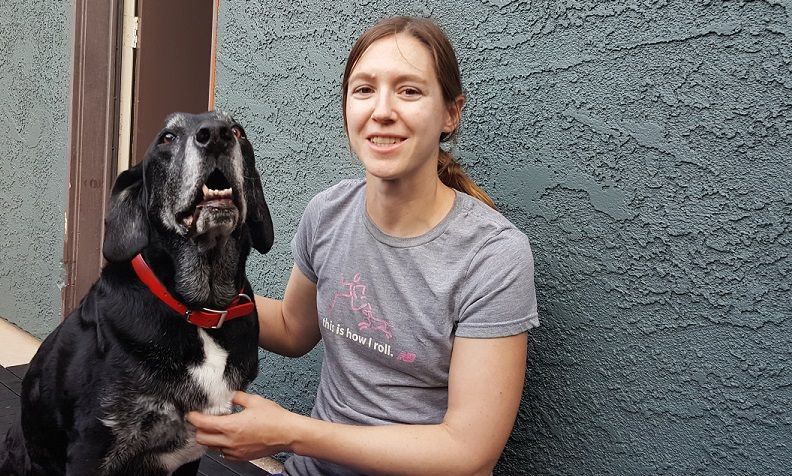 So thank you for all your positive thoughts in the last year. It really meant a lot to me to hear from so many dog lovers.

I know I’m lucky to have my old dog around for awhile yet.

Go and hug yours.

You can read about our issues in these posts if you’d like: