After looking at this sweet face, how can you tell me you are not in love?

I spent just a half-hour running around West Fargo with Harvey, but I began to convince myself I needed a second foster dog.

Of course, I know better. But you could foster him! Or better yet, adopt him! Harvey is up for adoption with 4 Luv of Dog Rescue in Fargo.

There’s just something about Harvey’s personality that reminded me of a younger version of my dog Ace. Harvey was so excited to see me that he wanted to get everything in his mouth – my hands, the leash, my sleeves, my watch. This could be a bit overwhelming to a new dog owner. But don’t worry, as soon as we got outside, Harvey’s true personality kicked in.

Outside, Harvey was very calm and laid back for such a young dog. He paid attention to me and tried to make eye contact whenever he could. He responded well when I asked him to sit or to lie down.

I see a lot of potential for this dog. He is very eager to learn, and he has a sweet, eager-to-please, sensitive personality. 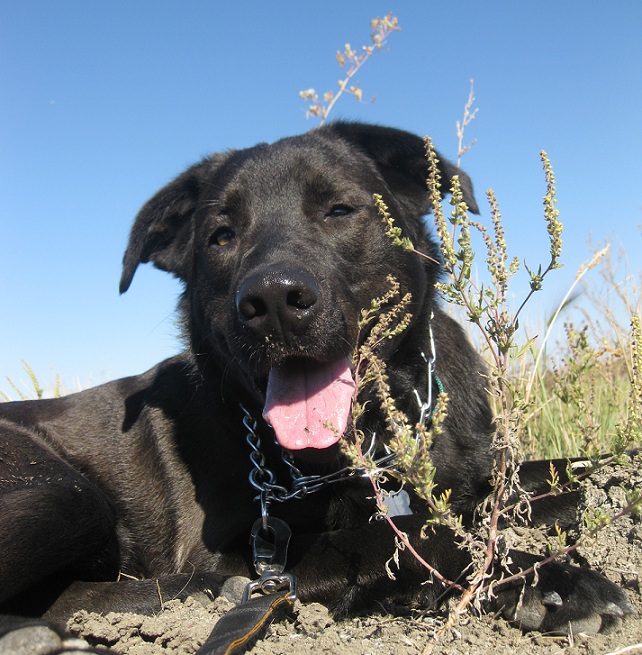 Harvey was just as content to lie in the dirt and chew on sticks than he was to go running. So we were in no hurry. The prong collar he wore was unnecessary. He did not pull on the leash once.

I imagine Harvey is a smart dog with a lot of pent-up mental and emotional energy – hence his eagerness to bite the leash when he first saw me. But he does not have the crazy physical energy a lot of young retriever-types have. After a good game of tug or a good wrestling match with another dog, he would probably be ready for a nap.

We came across two cats during our run, and Harvey was very curious. I am guessing he would like to chase a cat, but a good swipe in the face would probably teach him never to try that again. Or better yet, he would respond well to a consistent owner setting some rules. I also hear he loves to hang out with kids. 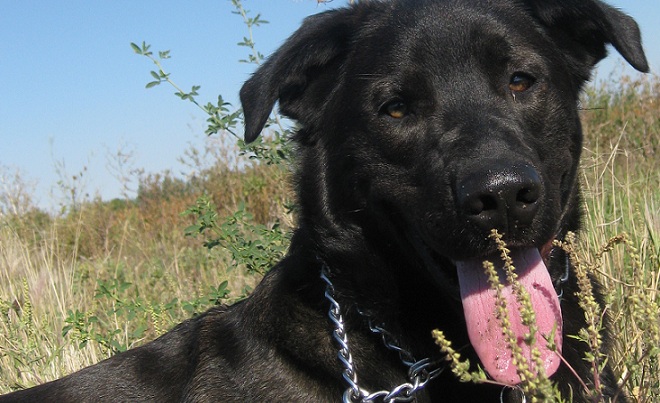 Like most big, black mutts, Harvey is dubbed a “lab mix.” He could be a lab mix, or  just about any mix – German shepherd, Chesapeake, Newfoundland. I can tell you one thing – he’s going to be one big pup once he’s full grown. And very lovable. 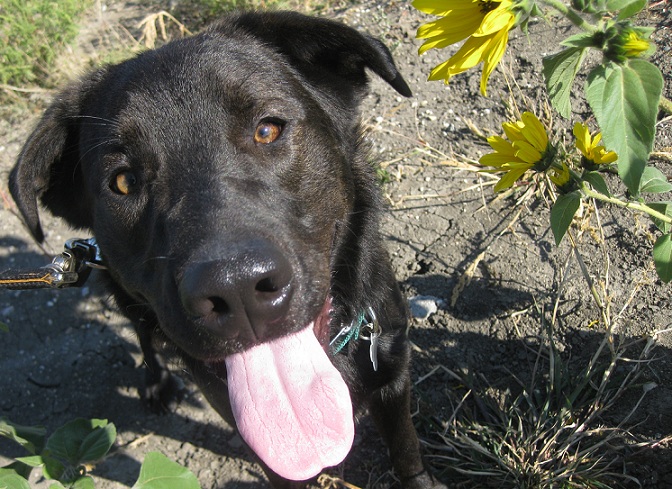 If you are interested in fostering or adopting Harvey, the first step is to fill out a foster home application or a pre-adoption application with 4 Luv of Dog Rescue. This can be completed online. The adoption fee for Harvey is $100 plus a $50 deposit to be refunded once proof of neutering is provided.

The rescue adopts dogs out to people beyond North Dakota and Minnesota, so don’t let the distance thing deter you. Harvey has been waiting for a foster home for quite some time, so let’s get this boy into a home! 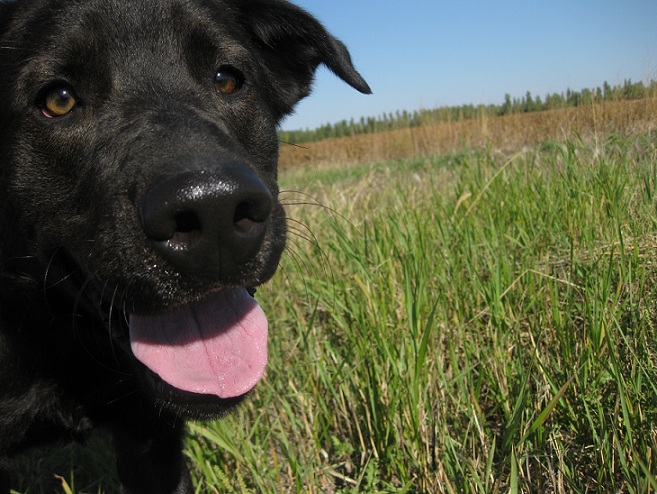 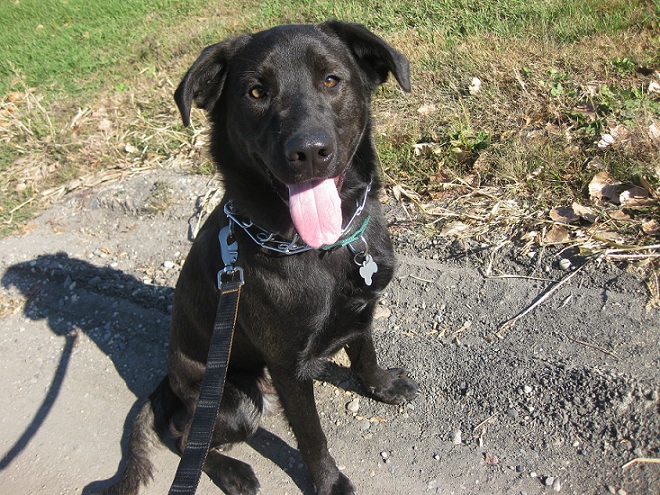 At ThatMutt.com, big, black dogs are our favorites!

Do you have a big, black dog?

Harvey got adopted! I'm going to take some credit for it, too! I did a home visit for a man who was looking to adopt a black dog and after reading his application I thought he and Harvey would be a good match. He applied for 2 other black dogs, but during the home visit I recommended Harvey and wallah! Black dog adopted! I don't think they've finished the 2 week trial period yet but from what I've heard they are both happy and doing well!

Great news! Thanks for helping him get adopted!

What a beautiful animal!

People do tend to overlook the black dogs, but he has been with the rescue for a few months and nowhere near as long as some of the others. The adoption fees at 4 Luv of Dog Rescue are very reasonable. You'd be surprised how many people complain that the fees are too high. I'm sure some of the adoption fees in California are outrageous.

I wonder if "black dog syndrome" applies to Harvey.

I think there should be more Hollywood movies about big black dogs. That always gets people's attention.

There should be. I can't think of any. Why don't they make some stupid AirBud-type film featuring a big, shaggy black dog?