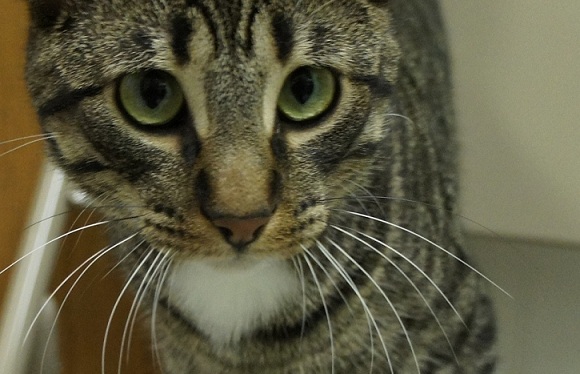 138 of those cats were re-claimed by their owners.

Others were feral, abandoned or stray, waiting to be claimed by owners that did not exist.

And some had owners that – for whatever reason – never came.

335 of those cats were taken in by rescue groups such as Adopt-A-Pet or the humane society.

Next week on ThatMutt.com we will take a look at what’s being done in Fargo-Moorhead to change these numbers.

Why are so many cats entering our pounds? Who is rescuing them? What changes should be made? What can you do?

Marco (above) is up for adoption with the Fargo-Moorhead Humane Society.