Home » The lives of outdoor cats

The outdoor cat. A free spirit.

Beamer is an indoor cat now. So is Scout.

There is a difference between our cat who used to roam outdoors and our cat who has never had that freedom.

Beamer would sometimes be out for hours, napping on the deck, slinking between bushes.

He chose to sleep in window wells, sometimes, even on the coldest January nights.

After his excursions, he would sleep for days on our bed, cuddling and enjoying free store-bought cat food.

Beamer knew to look both ways before crossing the street. He knew when to fight other animals and when to flee. He knew if he showed up at the back door we would always let him in.

Is that love? To allow a suburban cat that type of freedom?

Is it love to keep a cat indoors at all times?

I keep my cats indoors today, out of love.

They are safe indoors – safe from traffic on 32nd, safe from our neighbors’ dogs, safe from animal control.

Yet, what if Beamer and Scout were two of the millions that end up in U.S. shelters?

What if they, although healthy, were facing potential death due to a “lack of homes”?

What if someone wanted to give these two cats – Beamer and Scout – a life with the freedom to go outdoors?

I know what I would want, if I were a cat.

I would choose life, even if that life meant more of a “risky” life.

My cat Beamer is an animal who could’ve been killed dozens of times – by the cold, by trucks, by a dog attack. His lifestyle was a gamble, and I did worry.

But cats can be, in many ways, free spirits.

A free spirit is able to come and go, to make choices, to think through and navigate his environment.

Is that so cruel? 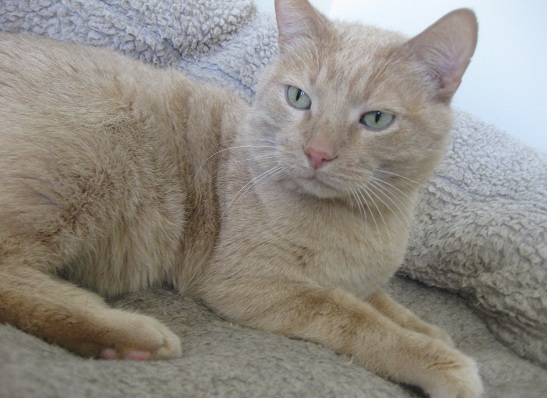 I have decided the most unacceptable risk to our previously stray cats is that I do not want them eating dry cat food from well meaning neighbors who are feeding community cats. If we have a cat that will stay away from the food or stay in the yard, they are allowed outside part of the time. We also need the city to help us get the community cats spayed or neutered to reduce the chance of fights. After a friend's cat became diabetic from eating prescription diet kibble I don't want to see that happen to any other cats. I do feed the community cats canned food if they are willing to eat it, but it can't be left out when it's below freezing or during the summer.

A responsible owner should make an individual decision based on their cat and were they live. You made some good points, although I disagree with most of what you said. I'm sure most people would not let their cat out if the area was dangerous or their cat was likely to be "picked up." The part about "terrorizing other homes" I found really hard to picture. Just my 2 cents. My cat was found abandoned in an alley as a kitten and now lives a happy life inside and out in the country. He's very street smart, and although I sometimes worry, I know he's a free spirit and would never be happy confined.

PLEASE note, the comment above was intended as a reply to Steph

I disagree. Letting a cat outdoors is setting them up to get injured, killed, tortured, or picked up by animal control - In which case, most shelters/animal control will not return a cat that has been picked up multiple times, no matter how good your intentions are.

We don't know. That is the life of a free spirit.

I think it totally depends on the cat and the environment. I've always had indoor/outdoor cats. They've all lived long and happy lives and I can't imagine them not being allowed to climb, explore, run and chase things outside. I know I'd be devastated if something happened to my cat, but at the same time I know she'd be devastated if I locked her indoors. Gina comes and goes every few hours, happy as can be:)

When I was first looking to adopt a cat, many rescues would not adopt a cat to me if I checked indoor/outdoor and I was shocked. I guess they are wary of people just throwing the cat outside and not caring about it anymore, but who's to say I wouldn't give a wonderful loving home?

Yep, it definitely depends on the cat and the environment. I would not allow cats to roam outdoors where I live today.