Myths and negative stereotypes do not help dogs get adopted. Shelter volunteers love to use them, though, and it’s hurting the dogs.

“We have so many unwanted pitbulls,” a volunteer might say to a potential adopter.

But pitbulls are far from “unwanted.” They’re among the most popular types of dogs in America.

“We also have tons of black dogs,” the volunteer might say. “They’ve been here for months.”

Yikes! What the heck is wrong with those dogs?

We have to let go of these myths. They’re just not helping dogs get home. If your shelter is full of black dogs, it’s not because the dogs are unwanted. It’s because your shelter has a marketing problem. 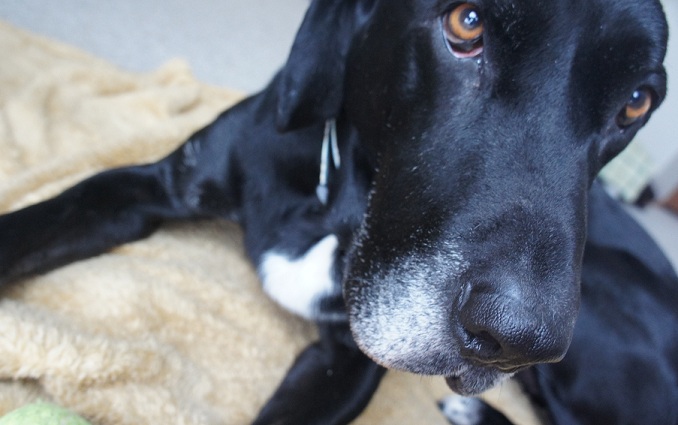 Shelter workers cling to the idea that black dogs are the last to get adopted.

“Black dog syndrome” is a negative stereotype, and I’d like to see it gone.

It may or may not take black dogs longer to get adopted, but repeating a myth does not make it a fact.

Here’s why I’d like people to let go of the black dog syndrome myth:

1. It reinforces the idea that some dogs are “less adoptable.”

Shelter workers kill healthy dogs every day for “space.” If a shelter worker is going to kill 15 dogs, he’s going to start with the “less adoptable” dogs.

“Less adoptable” could be any dog. It’s a matter of opinion.

Please stop repeating that “black dogs are the last to get adopted.” People are killing healthy black dogs every day because they say “no one wants them.” 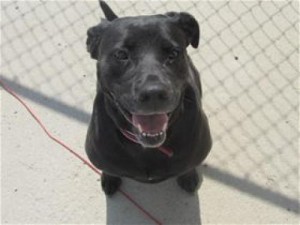 The Lab is the most popular purebred dog in the United States, according to the American Kennel Club. And black is the most common coat color in Labs. Shelters should embrace that fact – “You want a black dog? We got’m!”

3. It gives rescues an excuse for poor marketing.

I could list so many ways for rescues to step up their marketing skills.

Many groups are doing amazing work, but others have no marketing ambition. They place the blame on the dogs or on the public.

But how can a rescue blame the public if it only hosts two adoption events per month?

How can it blame the public if it doesn’t post updated information about each dog?

How can it blame the public if it highlights negative information such as “he’s been here for months”?

We have to let go of these animal sheltering myths.

Please, stop hurting the black dogs by calling them “unwanted.”

Instead, let’s send them all home.

What are some ways you highlight your shelter’s black dogs in a positive way?

i have seen this in the showring where a judge will not pick a black dog even if the black dog is superior. i asked someone, a trainer/handler abt this and they said black dogs do not show as well, meaning, looking at them from away, something abt them does not show as well, even if they are much better than the other dogs. funny, people dont like all black cats either. with horses, if you have striking all black horse, they usually show well and place if they do well in the ring. i know the shelters in my area, have "specials" for all black dogs and cats. i have mini schnauzers and they come in salt and pepper, black and silver and black. i prefer the black and silver. my breeder had a gorgeous black male. no one would place him. strange b/c as soon as he came out of the ring, people were going up to her and telling her she got robbed. told her she had the best dog. people's perceptions need to change abt black pets as well as breed specific pets. it is not the pet, but the owner or person who breed and raised the pet. i dont know of any suggestions, maybe paint them with bright colors or put a really bright collar on them during adoption events so they stand out. i know in some breeds there are more black dogs than other colors. some dogs only come in black, for akc show standard purposes.

I've been at a shelter for 2 years. Recently this Black Dog Syndrome was posted on one of our sites. It was posted by a person who is member of several other groups, some of whom I would consider fanatics and not at all helpful to the cause of getting our animals adopted; but rather at alienating people that we need. I have NEVER seen anything showing that black dogs are adopted less. Never. And in researching, I have come across NO facts or evidence to support this. Seems to have started with some saying 'I think I've noticed that black dogs are harder to place...' Nothing but this. And it has gone on to become 'syndrome' and newsworthy. This is a shame for all of us. It's not true and yet it has snowballed. Please don't believe everything at face value. It is an attempt for attention. Attention to shelter animals is good, but it should be factual.

So glad you agree! Sometimes I feel like I'm the only one who thinks black dog syndrome is a bunch of B.S.

This is the first I have heard of the "black dog" myth. I just adopted a black lab, pit bull mix from the pound. She had been there for 3 months according to her paper work. She is a one of the sweetest and friendliest dogs I have ever had. Very smart too. She learns very quickly. It would have been an awful shame, if she had been put down because of her color and breed. I'm so happy to have her as our newest part of our family.

Congrats on your new, lucky dog!

Yes you're right - we have a black dog and she's beautiful. Glad to see someone challenging the stereotype. We ran a feature on our Facebook page (healthmuttuk) recently called 'black dogs are beautiful' and our fans sent in their best black dog photos to share - they are harder to photograph but not impossible as we got to see!

I think you are right!