Border terrier breeder and blogger Tegan Whalan wrote an excellent post called The Sin of Breeding Dogs. It’s about people’s reactions when they find out she is, God forbid, a breeder!

“I’ve seen a number of faces go hard and critical when I make this declaration,” she wrote. “When did dog breeding become such a sin?”

I’d like to know the answer to that question as well.

I’m very careful not to participate in any “adopt, don’t shop” conversations. There are plenty of acceptable ways to obtain a dog. Going to a shelter is one. Going to a breeder is another. 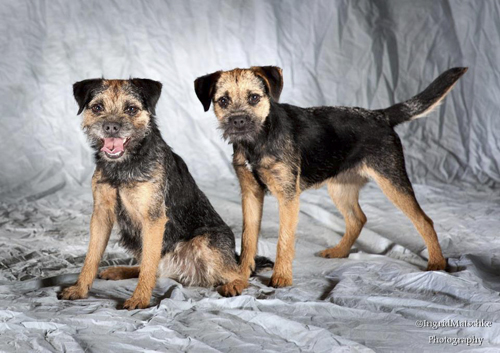 Tegan wrote how she is never quite sure how to respond to the critical comments she receives as a dog breeder.

“Occasionally, I blurt out something about showing my dogs, or that I am a registered breeder, but it’s never quite what I want to say,” she wrote. “I want to say: Yes, I’m a dog breeder. And by dog breeder I mean ethical and responsible dog breeder, concerned about the health of my breeding animals and the long term welfare of my puppies.”

I thought it was good to hear a breeder’s perspective for once – a voice often lost in this angry “rescue world.”

And what about profit? Do dog breeders make money?

Tegan wrote how she is very much in the red as a dog breeder. In fact, she has never earned any money from dog breeding and doesn’t seem to intend to. She’s bred three litters and lost more than $5,000.

“I have beautiful dogs that I love in my house and life that I wouldn’t have without this breeding program,” she wrote.

And while she said there are a lot of reasons to breed a litter, “Money isn’t one of them.”

Read the full post here: I haven’t earned any money from breeding

How do you respond to people’s attitudes against all breeders?

39 thoughts on “How Much Do Dog Breeders Make?”