When I first volunteered to walk rescue dogs I met the rescue’s founder on a Sunday morning. Together we took one of the pit mixes on a 15-minute stroll, then she handed me the leash and that was that. It was September 2007.

It was very meaningful work for me. I could show up whenever I wanted. There was no schedule. No liability forms. The rescue had no insurance. No volunteer applications. I felt important and needed, and I made a huge difference for those dogs. 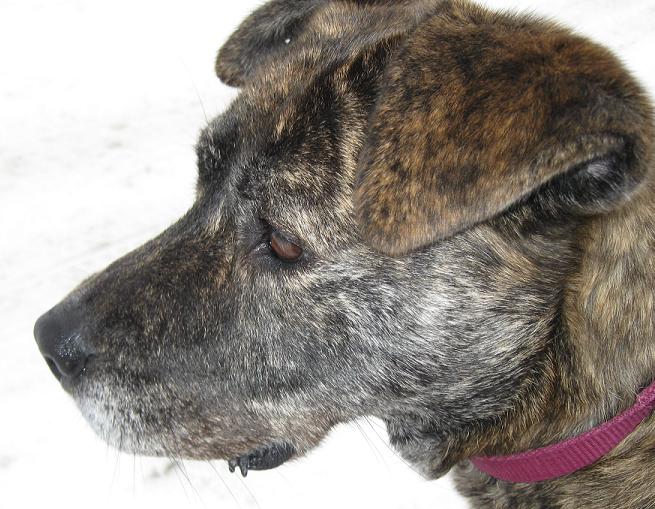 I still worked at a newspaper at the time. During those walks, thoughts of starting a dog running business were brewing. I eventually took the rescue dogs running since it just made sense. They needed to run. After my first 500 miles running with rescue dogs, I stopped keeping track. The miles no longer meant anything. My time with them did.

Six years later, in a different, more-populated area of the country, the shelters are very bureaucratic. This is becoming the case everywhere, not just here. It’s a good thing, in many ways. You can’t have just anyone walking a dog now, can you? (Or can you?)

I’ve waited two months for an upcoming volunteer training. I’m probably way too excited for it. First I must complete a one-hour general training session followed by a two-hour training session specific to handling dogs. Then, I’m told, I will be closely supervised for several volunteer shifts. After that, I might get to run with the dogs if I’d like. It seems to be more about me than it is about helping dogs in need. If I complete the training I might “get to” run with the dogs.

I’m not writing this to criticize any of these groups. Volunteer training and organization are good things, obviously. But so are simplicity and trust.

Most people probably won’t put up with hours of training just to interact with some shelter dogs. It’s actually easier to adopt a dog (woah! I know!) than it is to get a volunteer gig walking a dog.

I guess when you’re flooded with volunteers who think they want to help animals, you can afford to weed through them and make it difficult to get involved. You can figure out who’s actually committed. If that’s the goal, I get it. The shelter is the prize, not the volunteer.

So, I’ve hopped in line.

Her muscles working. Her paws in the sand.

I walk dogs at my local shelter. While I have been a dog owner for 40 years, I have found that walking shelter dogs is a very serious endeavor. I applaud any organization that thoroughly vets new volunteers. You have to remember that these dogs are not your dogs. You can't know them as you do your own. I mentor new volunteers and safety is my number 1 message. The rewards are incredible for the pups and the volunteer. I want my volunteers to feel confident as this helps to ensure they will return. It is my wish that there will be so many dog walkers at my shelter that reservations will be necessary to walk a dog!

Dog Lover In Seattle's story goes to show that any large metropolitan area is likely to have more big bureaucratic shelter systems than any small town or rural area, anywhere in the country. That's just the way it is in big cities, partly because they often have more people wanting to volunteer than they can handle (especially for the fun tasks like playing with animals and walking dogs). But big shelters aren't the only place to find animals who need us. I think if we really want to help animals we can always find somewhere to do it. Where I live there are loads of shelters of various sizes, as well as private rescue groups of all kinds. I currently foster a dog with a local rescue which consists of four animal loving neighborhood women who are just trying to keep strays off the street and out of the high kill county impound. They are more than happy to have me take home a foster dog, and walk and play with the other dogs and cats whenever I have the time, with no more than my contact info and signature. I know jumping through hoops when you just want to be helpful can be frustrating, but I think it's good to remember that the shelters and rescues exist because most people want to do right by the animals. And if one shelter doesn't suit you, you can always find some way to help animals that works for you if you look around and stay open!

Such good points, Kathleen. I actually ended up volunteering with a different rescue group that is a much better fit for me. I couldn't be happier with them. You're right, you just have to find the right group.

1. I had to wait until I could apply to be a volunteer (they only take applications 1x/quarter) 2. I had to wait 1 1/2 months to take a shelter introduction orientation class. The orientation took 2 hours alone. 3. I had to go to a 2 hour session talking about dogs at the shelter, and then was taken down to an area where fellow interested volunteers said "Ok now you're going to be tested and graded!". With clipboards in hand, the "trainers" told us to handle multiple dogs passing each other on leash and scored us without giving much instruction or tips on how they expected us to behave with the dogs.

While this process was VERY thorough, I was displeased with the level of so-called "training" they provided. They gave me a pitbull to walk near a hyper 1 year old dog, and the pit bull stopped and I couldn't get it to move. Because I couldn't get the pitbull to move, they disqualified me from being a dog walker (I had to walk dogs before running them).

I offered to re-take the training class with more qualified "instructors". It was a completely frustrating experience.

Here in Raleigh, North Carolina it is much easier than where you are in California now. You sign up...get a tour of the place...there is a list of dogs that are not quarantined and can be walked...you are shown where they can be walked...asked to sign dogs in and out...that is it. Funny though...last month one of the dog walkers simply walked off with a dog! HA.....guess that beats the adoption process but it is still considered stealing!

That's too bad a dog was stolen. I guess this is always a (rare) possibility no matter how much you train people.

Yes, a different place than the rest of the country indeed :)

No doubt about it; they (the people AND the dogs) will be lucky to have you on board.

And why is it that just about anything and everything has become more complicated these days?