Some pet owners are saying a dry dog food called Beneful produced by Nestle Purina PetCare has resulted in serious illness and death in thousands of dogs.

The class action lawsuit was filed Feb. 5 in U.S. District Court in Northern California and seeks $5 million in damages, according to CNN.

“The named plaintiff in the suit describes how one of his dogs died after eating Beneful and two of his dogs got sick,” CNN said.

Beneful defends its food and says the lawsuit is “baseless.”

Beneful posted this update to its Facebook page Feb. 25:

A class action lawsuit was recently filed against Beneful. We believe this lawsuit to be baseless and intend to vigorously defend our high quality, nutritious food, which is backed by Purina’s strict quality controls and comprehensive food safety program. Beneful is enjoyed by millions of dogs every day and consumers can continue to feed Beneful with total confidence. We encourage you to reach us with any questions at 1-800-877-7551 … 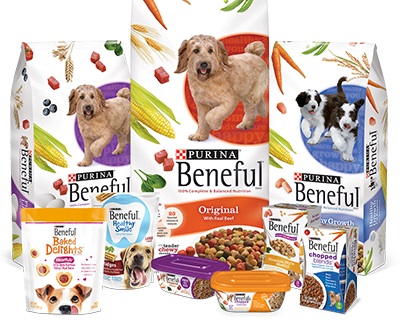 The plaintiff is Frank Lucido of Discovery Bay, Calif., and the lawsuit says he first purchased Beneful’s food in December or January, CNN said. According to the lawsuit, Lucido’s German shepherd became ill Jan. 17, and his English bulldog was found dead Jan. 23 in the yard. His third dog became sick around the same time.

In the past four years, consumers have made more than 3,000 online complaints about dogs becoming ill or dying after eating Beneful, the lawsuit says.

Bill Salzman, director of corporate communications for Nestle Purina PetCare, issued a statement denying the allegations in the lawsuit.

“We believe the lawsuit is baseless, and we intend to vigorously defend ourselves and our brand. Beneful had two previous class action suits filed in recent years with similar baseless allegations, and both were dismissed by the courts.

“Like other pet foods, Beneful is occasionally the subject of social media-driven misinformation. Online postings often contain false, unsupported and misleading allegations that cause undue concern and confusion for our Beneful customers.

What do you guys think of this lawsuit?

I’d like to know your thoughts on this as pet owners. Are any of you feeding Beneful?

I do not feed my pets Beneful, but my opinion is you are probably OK to continue feeding Beneful if that’s what you’ve been feeding all along, but make sure to do your own research and know there are thousands of online complaints about the food. (Thousands of pet owners are also feeding this food with, I assume, no issues.)

I would watch your dogs closely for any signs of illness, as we should all do with any food. I would also encourage you to feed the highest-quality food you can afford.

How do you take these kinds of dog food complaints?

I feed my pup Taste of the Wild dry food and she is very healthy and active. It's a no grain dry dog food. I experimented with all the no grain dog foods and this was the only one she loves. She was about to become a shelter dog when I took her in from a friend of a friend and they were feeding her Purina dog food. I changed that real quick. Her name happens to be Mindy and is a loving Pitbull. She loves the grandchildren too. I always had dogs and gave them the best I could afford.

So glad you've found a healthy food within your budget. Taste of the Wild is one of the brands I buy as well. I think it's a good quality and affordable.

I don't feed Beneful, never did, nor anything similar. If my dog got sick and died and food was a suspect, I WOULD make a lot of noise too, though.

I don't feed Purina but I often feed my foster dogs Nature's Domain from Costco. Yes, feed the best food you can afford, it can save you money in the long run.

Perhaps it's unfair of me to jump on this bandwagon when I vigorously defended Costco, but I wouldn't be surprised if there was something wrong with Purina's food. Purina is owned by Nestle and I've heard some less than flattering things about that company (not sure if they're true), and I've never known an animal fed Purina that didn't have a nasty coat. We had to feed Purina to the cats at the cattery I was with because it's what was donated to us, and it smelled the same in the bowl as it did in the litter box, if you catch my drift. It left everything it touched coated with a gross grease. I hope they get to the bottom of this soon so people can start making the best decisions for the health of their pets.

I feel the same way you do. I wasn't at all worried about Kirkland, but I don't trust Purina. I think it's probably *OK* but if someone can afford a slightly higher-quality food, I would encourage them to do so.