Officers with the San Diego Police Department went to the wrong home in Pacific Beach Sunday morning and killed a pitbull, according to NBC.

Did you catch that?

The officers were responding to a domestic disturbance call and went to the wrong home.

Anderson stood on a sidewalk outside his home and walked through the last moments of Burberry’s life.

Anderson said Burberry started barking when police knocked on his door. Once the dog was outside, he stopped barking according to Anderson. He claims one officer bent down and petted the pit bull. Then, the second officer reacted to seeing the animal.

“The other officer yelled and screamed at the dog for no reason to get inside. It startled the dog,” Anderson said.

“[The officer] jumped back, went this way, drew his weapon,” he said. “Boom. Shot right in the head and he was done. He was dead.” 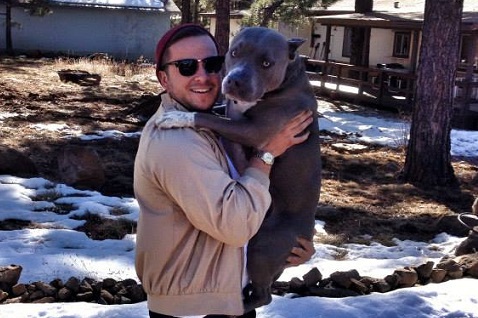 The San Diego Police Department released this statement, according to NBC:

“The preservation of life is our top priority and this includes the lives of animals. This incident is currently being investigated as any Officer Involved Shooting would be to assure proper procedures were followed. Any further comments prior to the completion of the investigation would simply be premature.”

When is it OK for an officer to shoot a dog?

NBC seems to be very obviously siding with the dog’s owner on this story. I’d say NBC is even biased.

And dog lovers in general are standing up for Anderson and Burberry as well, which is good to see.

However, I just want to ask, what if the officer was truly in danger? We can’t really tell from how this story is being reported.

I don’t know what, legally, is and isn’t allowed as far as police officers shooting dogs.

It does seem to be happening far too often lately, or at least the media are reporting about it more often than in the past.

What if police were to accidentally show up at my apartment, mistaking it for a neighboring address? Would they shoot my dog if he were to bark and move towards them? If he were to run out the door?

Would they be wrong to shoot a large, black dog with a deep bark?

What do you think about this story?

There is a Facebook page created called “Justice for Burberry” that has more than 2,000 likes.

Under its about section, the page says:

“Burberry was shot & killed by San Diego PD 3/15/2015, after going to the wrong address. The first officer petted Burberry, the second officer killed him.”

Previous
Why Do Dogs Yawn So Much? 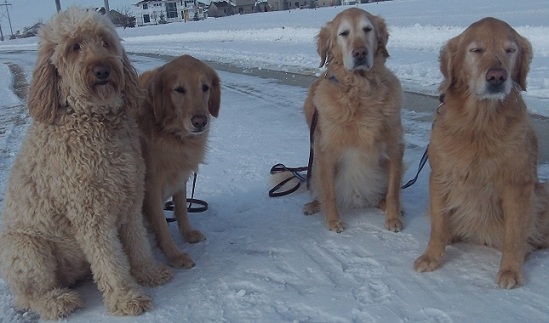 Next
What Should A Dog Walker Do When A Client's Dog Dies?
Click here to cancel reply.

Beautiful dog. If an officer ever comes to my door, I will always put my dogs away first. I know they are super friendly to everyone but after hearing too many of these stories, I would never risk it.

This quoted NBC report looks strange: "... Once the dog was outside, he stopped barking according to Anderson. He claims one officer bent down and petted the pit bull. Then, the second officer reacted to seeing the animal.

“The other officer yelled and screamed at the dog for no reason to get inside. It startled the dog,” Anderson said.

“[The officer] jumped back, went this way, drew his weapon,” he said. “Boom. Shot right in the head and he was done. He was dead.”"

This sounds so tragic. I tend to take everything in the news with a grain of salt, though. I doubt the officer really NEEDED to kill that poor dog, but police officers enter what could be life-and-death situations every time they answer a call, so I don't think it's quite fair to assume he had no reason to draw his weapon, either. I just hope it's properly investigated.

Yes. As always, you make good points. I've been charged and bitten by dogs in doorways, dogs that are normally friendly. So, I can only imagine what police have to deal with. Still, this is awful and like you said I doubt the officer truly needed to kill the dog.

Although this is very sad and frustrating the reality is officers are trained to shoot first and solve later, this goes with people as well. The way they are trained reinforces these decisions, until their training is updated we will continue to see both people and animals killed unnecessarily.

Yep, I think you are right.