In order to adopt or even foster a dog from most rescue groups, I have to lie or at least leave out some information on the application form.

This is just a fact.

It’s not a criticism towards rescues; they can do what they want.

It just means they are limiting who can adopt from them, and they are encouraging people to leave out information on the application forms.

I wrote about that here and really pissed some people off.

Now, you might be wondering why I would have to lie in order to adopt a dog, because I seem like a pretty good pet owner.

Judge me if you’d like, but here are the reasons:

I will get rejected from adopting from most rescue groups because:

1. I’m not willing to allow a “home visit.” I will be rejected because most rescue groups require a “home check” prior to adoption.

2. I’m not willing to announce to my landlord I have cats. I will be rejected because most rescues call landlords to make sure multiple pets are allowed.

3. I choose not to vaccinate my senior cats. I will be rejected because most rescues require current pets to be “up to date” on shots. 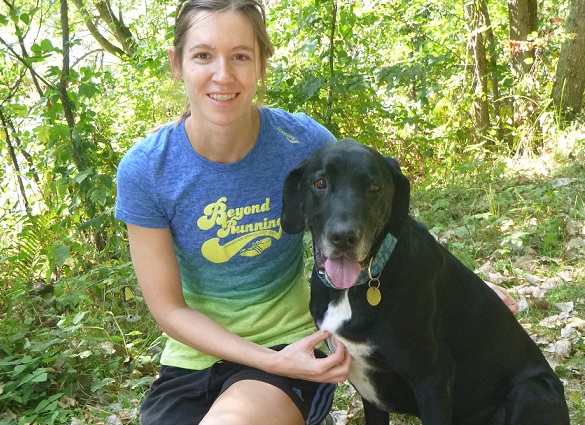 So, going back to the title of this post on why I was rejected …

I know not to waste my time applying to most rescue groups because I am not willing to allow a home visit.

I strongly believe home visits are an invasion of privacy, and while I have nothing to hide I believe it’s wrong for rescues to “inspect” people’s homes.

There are still at least 3 million dogs and cats killed in U.S. shelters annually, and I can’t support a group that puts up these barriers to adoption:

So my dog adoption app was rejected …

OK, so I actually found a group that doesn’t do home visits for all adopters. I got around the home visit because I was already a volunteer.

I decided to be honest on my adoption application because like most adopters I truly want to be honest.

I could’ve easily lied about both.

I got a call from a polite volunteer who told me in order to adopt a dog I would have to provide my landlord’s permission, in writing, saying I could have cats.

I said I was not willing to do so because that would welcome my landlord to charge additional pet fees. I’d rather tell the landlord about the second dog without mentioning the cats.

She politely told me I could not adopt a dog.

I was really bummed because I truly wanted to support this rescue and had already had positive experiences volunteering at adoption events.

I even paused a bit, giving her the chance to change her mind.

I even went so far as to say, “Are you sure you don’t want to pretend you didn’t see that I have a cat?”

But she said no, policies are policies.

And I politely said OK, that’s too bad, and goodbye.

I remained polite and positive to the volunteer.

… And then I was approved!

About a week later, I got a call from a different volunteer saying there was a misunderstanding and they didn’t really need my landlord’s permission as long as I was OK taking on that “risk.”

Hell yeah I’m willing to take on the “risk”!

Basically, some of the volunteers had obviously discussed the situation and decided to make an exception to their policies, which every rescue group should be willing to do!

So now I am approved to adopt, and all I have to do is show up at an adoption event and I can take home a dog since I’m already approved.

When the time comes, I will most likely adopt from this rescue because I know I won’t make it through the adoption process with any other rescue organization (unless I’m willing to lie).

Good things happen when rescues are willing to be a bit more reasonable.

What do you guys think about all this?

Do you support rescue groups with difficult policies, or do you run like hell from those groups?

Have any of you ever lied on a dog adoption application?

How to get your adoption application approved
Do rescues make it too difficult to adopt?
How to choose which dog to adopt from a kill shelter

33 thoughts on “My dog adoption application got rejected … then approved”