You have to be a little crazy to want two dogs.

So for those of you with four or five, well … I don’t know about you. 🙂

Seriously though, I am looking forward to adding a second dog to our family. I just really like to have things planned out and under control.

I don’t like when multiple dogs turn into complete chaos.

You know, like when you walk into someone’s house and three dogs are barking and jumping on you and their owner is so immune she doesn’t even notice?

I don’t want that.

But, the types of dogs I’m interested in (Weimaraner, Belgian malinois, German shepherd, Jack Russell) are so active and known to be challenging, I’m trying to plan some sort of routine NOW, before we actually get this hypothetical, hyperactive pup.

For me, this routine involves two things: 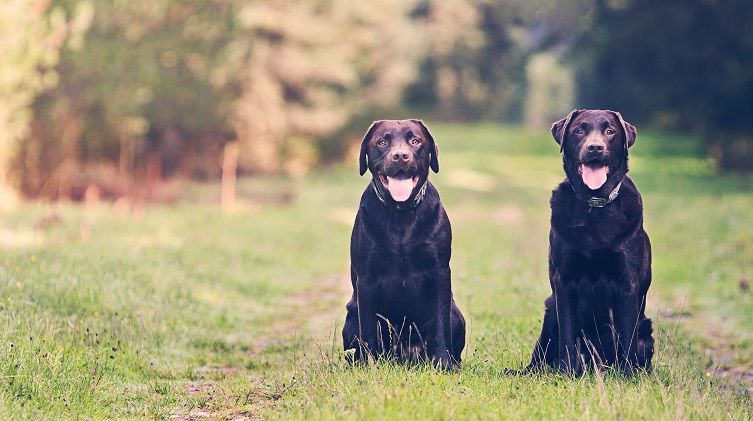 1. Planning a serious exercise routine for a young dog.

I’m going over my own ideas here, but it’s not that people should copy these. Instead, they should think about their own routines.

I want a dog that can tag along when I run and hike. Unfortunately, this means the dog will need lots of activity every day and not just on the days I’m interested in running.

So how to prepare for this?

Easy. Start a running routine NOW, before we even get the dog.

Sure, I’m active enough. I take my clients’ dogs running and I walk with my dog Ace first thing in the morning.

But … my dog Ace retired from running two years ago so I currently don’t run in the mornings. 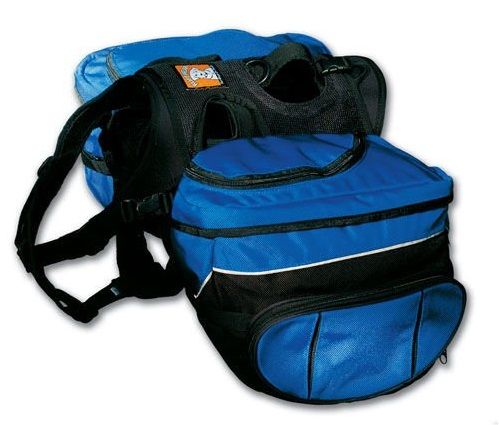 Well that’s about to change because I want a high-energy dog but I also want that dog to be able to chill out while I write blog posts. I have high expectations for my dogs. Being able to lie quietly is a requirement. So I have to commit to my side of the deal too, which is running.

Might as well make it a habit ahead of time.

No dog is perfect, but Ace is pretty dang close. 🙂

Two habits I’d like to discourage before we add another pup include:

Ace will always be a whiner.

I think that’s just how he is, but I also know I’ve encouraged it (unintentionally) over the years. He’s actually throwing a tantrum right now. He’s in the other room howling because he wants to eat but I’m not done working. Sigh …

Simply, I acknowledge his whining too often. I coddle him. I scold him. I give him what he wants. I know better, but I can’t help it.

So … if I could actually ignore his whining more consistently, it would make a difference. I’m not going to break his habit at this point, but I can try to decrease it.

When he whines for attention, I’m going to do my best to ignore. If he doesn’t stop, then I will either calmly move him to another room or just get up move to another room myself.

In other words, whining equals no response from me. Wish me luck! Ace is a giant baby.

Ace is not a cat chaser, but what happens is he likes to play “backup” if I scold my cats for scratching or getting into something. Ace feels the need to, shall we say, “muzzle-punch” the cats. We call it a dolphin punch.

It’s cute, but only because Ace is a huge softy.

All the cats have to do is make eye contact and Ace goes to a corner and licks himself.

But you can imagine what could happen if a new dog sees Ace charging our cats and muzzle-punching them. It doesn’t take much for a dog’s prey drive to kick in. We can’t take any chances.

I’ve been on top of this for a few months already. The “cat nosing” is no longer allowed.

So those are really the things I’m focused on before we get a second dog: Exercise, and diminishing my dog’s whining and cat harassing.

I’m sure there are other things I should be focused on, but those are the main ones for now.

What kinds of things would you prepare for before adding a second dog?

Go ahead and add them in the comments!

I am actually looking for a THIRD dog, and one of my current dogs is a bit aggressive and territorial to new dogs due to her shaky past. We rescued her the day she was scheduled to be euthanized and the county shelter and she was previously a stray, and then in the shelter, and then a family kept her for 6 months before giving her back to the shelter. Before we add one more to the family we need her to calm down a bit, or at least find a laid back dog that she won't feel threatened by. Great advice!

Oh good luck with your search! That is exciting.

First of all I have to agree- you are slightly crazy for taking this on!!

On a serious note, it's great to see that you're putting in this prep work now, which every pup you go for (my vote is for a Jack Russell) is going to come into a great household and importantly grow up the right way.

As with kids, at our house, it is monkey see, monkey do. Things we quit doing ages ago, Bailie got us started doing again. It is hard to get three dogs, all in different windows to stop howling and barking but with perseverance, Mom managed. Things just take longer with more than one. On the other paw, we helped teach Bailie good things like sit, down, waiting for meals, etc. No matter how much you plan or don't plan, the new pup will toss chaos into life, but enjoy, they grow up so fast and soon you have two, or in our case, three dogs.

I wish I had time to prepare for my second dog!

I had Matilda for just a few weeks when my neighbor got an adorable spotted cattle-heeler mix.

They didn't really take care of her, just kind of left her outside with no love, toys, or training. This is typical of people in my area, sadly.

I've had them both for over a year, and I'm glad to say they've matured into very polite dog-women. They do gang up on chickens and cats from time to time, and I think that's usually Cow's idea. She's a bad influence! Luckily, these animals keep the dogs on their toes, and usually they're too scared to get too close.

But, yes. It sounds ideal, to me, to break bad habits before adding another dog. They really do pick up on things like that!

These are great ideas! Boy I did not wait at all 'til Kaya was behaved before getting Norman. But I did make sure to get a calmer easy going dog to counter to her pushy mania. He actually helped me teach her to have patience, share and take turns. Whereas another dog just like her would have been a nightmare. Sounds like Ace is ready to be the perfect gentleman!

Even though she is very old now I find it very challenging to have Zoey around because she doesn't follow man of the rules my dogs know well like not barging through the door, waiting to be allowed to get out of the car, waiting while I pick up poop, etc. Lots of things that are not too big a deal with just one dog.