“The Champions” is a 2015 documentary about the pitbulls rescued from Michael Vick’s dog fighting ring. 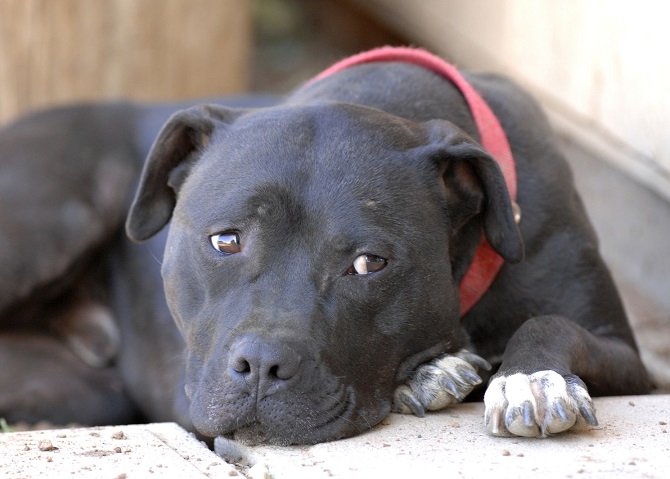 I haven’t seen the documentary yet, but it’s available on Netflix and I plan to watch it if I can fit it in around my obsession with the Olympics. I thought some of you would be interested in the film as well.

So if you don’t have Netflix … now’s the time to get it!

The documentary is about 90 minutes. Below is a video of the trailer.

Have you seen the film? What did you think? Let me know in the comments.

The book – ‘Pit Bull: The Battle Over an American Icon’

I also want to let you know I’m in the middle of reading “Pit Bull: The Battle Over an American Icon” by Bronwen Dickey. 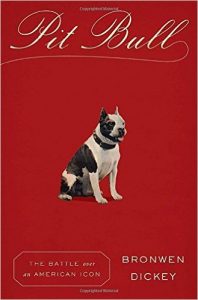 I can’t express how much I love this book so far.

Dickey’s writing reminds me of Jim Gorant’s writing, author of “The Lost Dogs” and “Wallace.”

“Pit Bull” will probably deserve its own post at some point but just wanted to let you know it’s highly recommended by me (and I’m not even done reading it yet).

I was worried the book might be too biased in favor of pitbulls. You know, like too PRO pitbull. It’s not.

The book is actually very much focused around dogs in general throughout history – the myths around different breeds and how dogs have both fit into and shaped American culture. It’s very much about history and human behavior as much as it is about pitbulls.

Have you read it?

More info on the book “Pit Bull: A Battle Over an American Icon” HERE.

The two are NOT affiliated in any way; they’re just both about pitbulls.

Have you seen this film or read this book?

I watched the documentary an it's dad but glad there finding homes for them I would like to know the guy WHO makes the rocking pitbulls instead of rocking horses I would love to have him make one for me like on the documentary show if anyone could let me know by email pls an ty.

I really loved this documentary. I watched it in Utah right before visiting Best Friends Animal Sanctuary. I appreciated the fact that it didn't concentrate on the horrors of the dog fighting ring, but rather the after stories.

I ordered it from Amazon today.

I watched it. I remember being sort of neutral on it. It wasn't bad, but it wasn't this amazing moving experience, either. It was fine. It wasn't a total waste of time or anything.

I just watched it and I enjoyed it but I agree it wasn't anything too amazing.

I purchased this DVD as soon as it was released.I urge everyone to watch it.I have been following what happened to Michael Vick 's dogs ever since I read the book The Lost Dogs,which is excellent but difficult to read.Last October,I rescued a young pit mix,who was to be euthanized the next day if he did not find a home.I took him,sight unseen and was heartbroken when I saw the,scars all over his body.They told me he may have been a bait dog ,but we're not certain.He has been challenge but I work with him each and every day.He is becoming a good boy and getting along with my two other rescues.I love him and will see he has the best life possible.Even though these stories ate heartbreaking ,avoiding them because we don't want to cry or hurt does nothing for these wonderful loving dogs,who are victims .Get informed and help.Rescue,you will not regret it!!!

Jean, you should read the book I mentioned in the post. Have you read it? I think you'd find it interesting.