What is Your Dog Really Telling You?

Home » What is Your Dog Really Telling You?

Baxter and I headed out for our morning walk. It was a lovely morning. I wasn’t pressed for time, so I decided to take a longer route than usual—a route that we walk only a handful of times a year.

We trotted along, Baxter sniffing all of the smells and spreading his scent around.

Then partway through he dug in his heels. “Nope. I’m not going any further.”

My first assumption is I have a very lazy dog and going on a longer walk had obviously worn him out. Plus we’d met some people and walked past a few farms where we’ve met dogs before. He wanted to socialize. He was stubborn.

We had a discussion. “You don’t need to sniff all the smells, meet all the people and see all the puppies. We are walking. Now let’s go.” And I set off dragging my dog. It was not graceful.

Lindsay posted last month about what to do when your dog refuses to walk. Changing the pace was something I tried, but I could barely get Bax to take a step, so speeding up wasn’t happening.

I didn’t relish changing the route because we had two choices: forward or back. Bax and I were nearly halfway.

Even if we’d turned around, we had more than 3 kilometres to walk to get home. If my dog was tired already, he’d still be tired going the other way.

We trudged along, Bax strung out behind me dragging as much as possible. Me grumbling and stomping along.

Eventually I spotted a mailbox that I know is one of his favourite spots to sniff and leave his scent. So we took a break.

As we stood there, I started to think. Baxter wasn’t tired. He was scared—or at least extremely unenthused about what was ahead on the route.

Just up the road lived a not very nice dog. If he’s outside, he’s rarely tied up, and he’s come running out at us a few times.

He’s not vicious, but he is aggressive. My husband and I have both ended up physically pushing this dog away from Baxter, all the while yelling at the house for someone to come and get their dog.

The experiences haven’t been bad enough to dissuade me from walking this route, but obviously they were for Baxter.

I felt very bad for not hearing what my dog had been telling me. We had another discussion.

“We’ll cross to the other side of the road. You stay on the far side of me. We’ll just walk and won’t stop. I’ll keep you safe.”

There was still dragging, but I kept Baxter closer to me, rather than stretched out behind. I kept a steady pace. I talked quietly and encouragingly to Baxter rather than giving him the silent treatment or being harsh—as I had been earlier.

The dog was outside, and he started barking. Fortunately, he only came partway down the driveway rather than out onto the road, so Baxter and I just kept walking until we were safely passed.

Then we took another break for a stress relieving sniff.

The rest of the walk went smoothly. No more dragging. And I learned an important lesson to not assume I know what is driving my dog’s behavior.

Take a minute and think about the situation, including alternate explanations for what he’s feeling.

And to be clear, we will no longer be walking this route.

Have you ever misunderstood what your dog is telling you?

Note: Julia Thomson is a blogger at Home on 129 Acres where she writes about her adventures of country living and DIY renovating. She writes regularly for That Mutt. 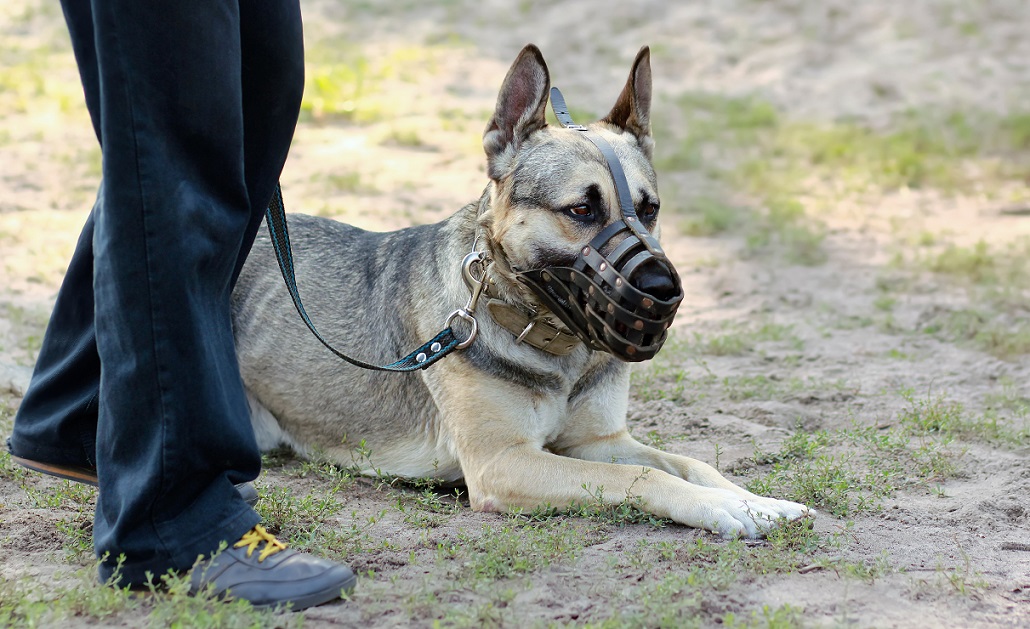 Previous
How to Get Your Dog Used to a Muzzle

Next
5 Reasons to Use the PooVault
Click here to cancel reply.

When I first met my husband, he used to laugh at me because my beagle would go to the end of the driveway and not want to walk anymore. I would try to coax him and convince him and I usually was able to get him to go after much ado (he was also overweight so he needed to walk even slowly at least). I found out a few months later that he had torn his acl and was in pain daily but did not complain to me except try to tell me that he did not want to walk because it hurt. (Back when it first had torn, he had jumped up one day and yelped but the way he reacted I thought he had been stung by a bee and he did not show any more signs after that so I had no clue). I felt bad when I found out that he had been stoic and suffering and I as a doggy owner had no clue. Now I know what to look for in future dogs.

Oh that is a good point, poor guy. I think this happens more than we realize.

We learned that lesson recently when we took our dog out to play ball on a warm day. Normally we don't ask her to run or zoom when it's hot out, but it wasn't too bad yet. Her off leash recall suddenly got really reliable, so she wasn't dragging a line at the field that day.

After a couple of throws, she started balking when she caught up with the ball and we'd give the recall signal. We were frustrated at this seeming step backward in training and were considering putting the line on her. Then she grabbed her ball and calmly trotted out of the fenced area. She didn't come when commanded, but nor did she run off. We then realized that the temperature had risen in the short time we had been out there, and she was probably trying to tell us she was ready to go. Sure enough, when she saw her regular leash, she was happy to have it clipped to her collar and she went along to the car without complaint.

I'm glad I'm not the only one who's jumped to conclusions and assumed that my first thought is the right one. Good for you for taking a minute to recognize what your dog was actually saying.

Good example! I find that my dogs get too hot faster than I would expect them to. I made the mistake of taking Remy running too far early this summer. He gives 110% effort at all times so he doesn't know how to conserve his energy in the heat. I learned that he just can't go along when it's too warm out or we can only walk.