While our name is That Mutt, it’s obvious that we love our cats as well as our dogs. Awhile ago Lindsay had encouraged me to write about our barn cat, Ralph. So that’s what I’m going to do today. 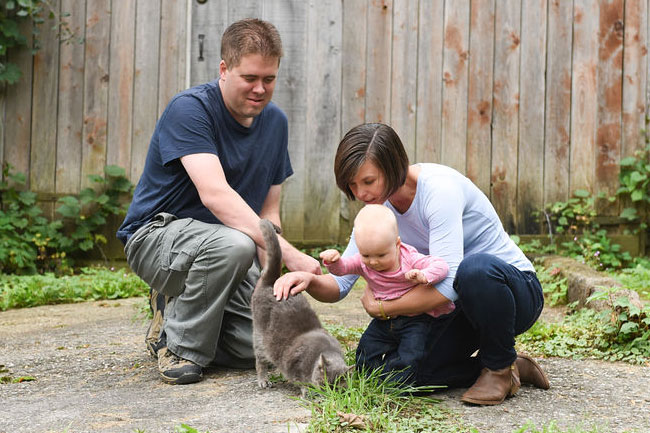 I wrote previously about how Baxter and Ralph get along (or don’t). 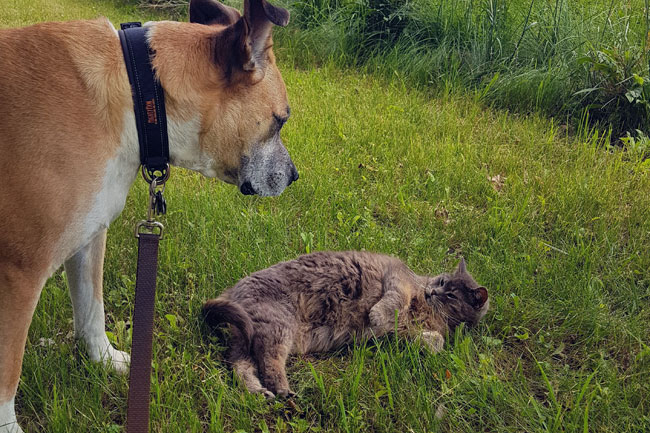 Ralph is our barn cat. More than six years ago on a freezing cold day in January, we visited the farm for the first time with our real estate agent. There was a cat running around outside. We didn’t get near the cat, but every time we visited the farm, the cat was still there. My husband named it Ralph. 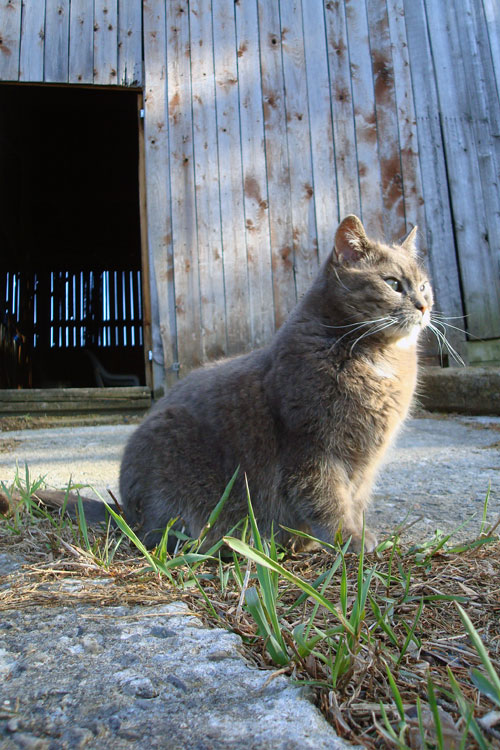 We felt like the farm needed a cat, so we were hoping it would make it through the winter (the farm had been abandoned for a few months). When we moved in, Ralph was still there—very skinny, but there. We immediately went and bought cat food at the local feed mill, and Ralph quickly got very friendly and very round. So round we realized she was pregnant. 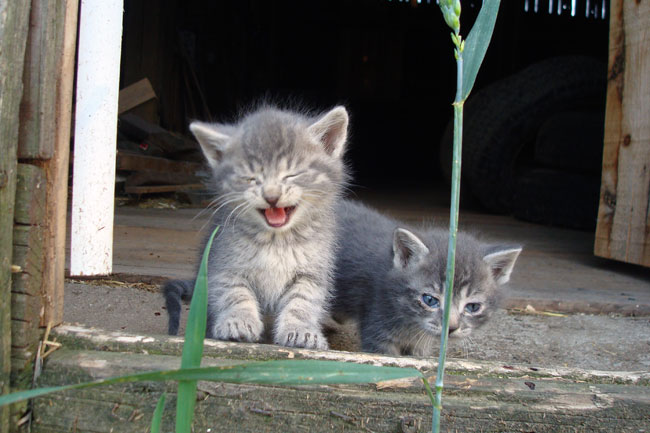 Ralph gave birth to four kittens. We found homes for three and kept one for ourselves. And Ralph (and later her kitten) went to the vet to be spayed. (Watching a mother barn cat raise kittens is a subject for another post. Also, you won’t see the kitten we kept in this post, as she began to wander and eventually disappeared from the farm.) 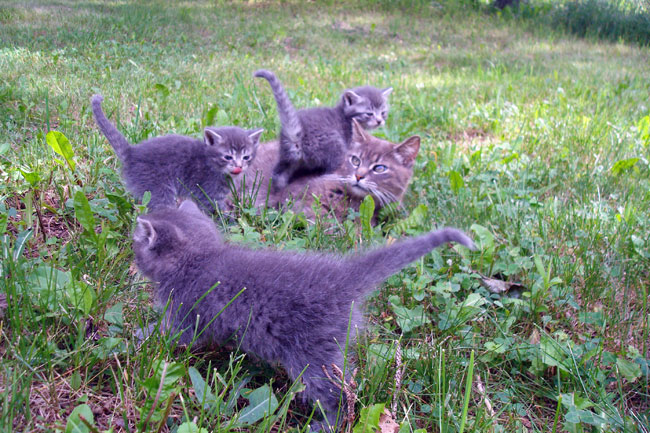 The words I most associate with Ralph are tough, independent (typical cat), savvy and caring.

Life as an outdoor cat is hard. Ralph made it through that first winter on her own, and every winter since (although she now has daily kibble, lots of fresh water and beds of hay). My husband’s cousin is a definite cat person, and every time she visits she says, “Poor Ralph.” But Ralph seems very content with her life. 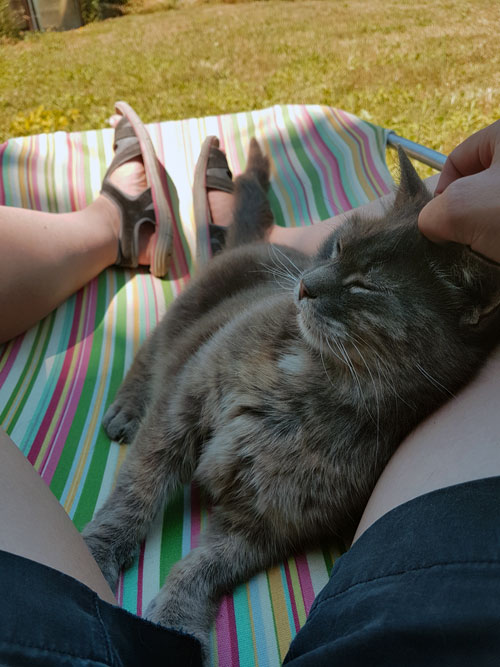 We brought Ralph into the house once, and she tried to jump through a closed window to escape. She will step into the mudroom, but only because she’s hoping for treats. She’s quite happy being mistress of the barn and has no desire to become a house cat. 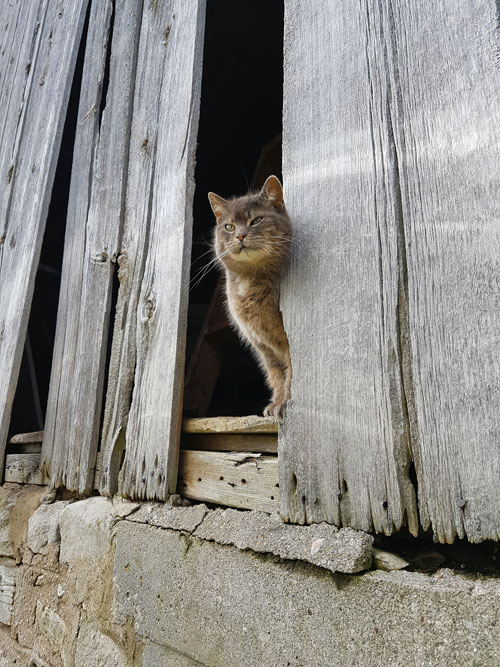 Ralph has learned to avoid coyotes and other threats. She can come and go from the barns as she wishes, and the buildings do offer protection from larger predators. She’s an accomplished huntress who can catch birds, rabbits, squirrels as well as the typical mice. She seems to be pinned to the property and doesn’t venture far. So we have no worry of her being hit by a car or deciding she prefers another barn over ours. 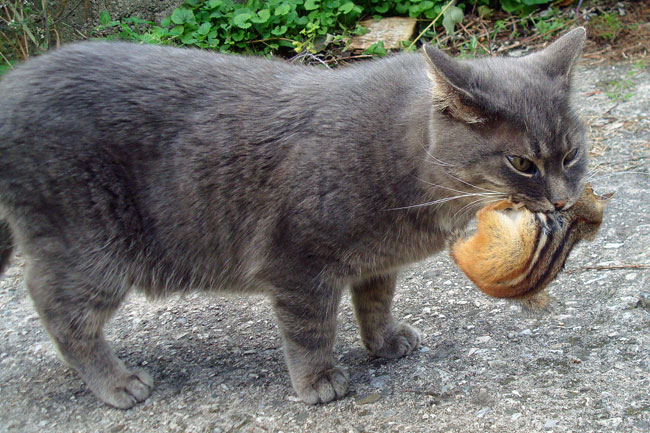 Ralph is a very affectionate cat–which often surprises people who think of barn cats as feral. She’s always looking for scratches or treats and greets everyone who visits the farm with loud meows. She even tolerates Baxter and they will often be together, keeping us company when we’re working outside and or napping by the front door. 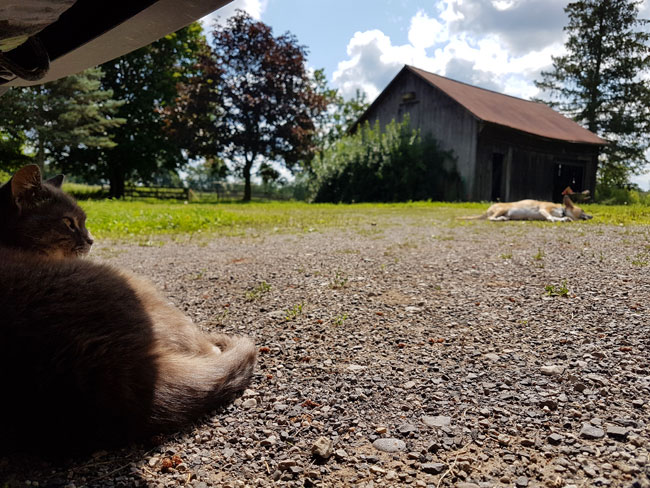 When we took Ralph to the vet, we of course asked if they could tell how old she was. They couldn’t. Over the last year, I can see Ralph getting old. She has a bad eye (which she’s had as long as we’ve known her). She’s losing her hearing and occasionally doesn’t notice when we drive up to the house.

Sometimes I feel like Ralph belongs to the farm more than she belongs to us, but we definitely consider her part of our family. We had some family photos taken at the farm this fall, and it was really important to me that we get a photo of all five of us–Matt and Ellie as well as Baxter and Ralph. While she came with the farm, she’s ours now. 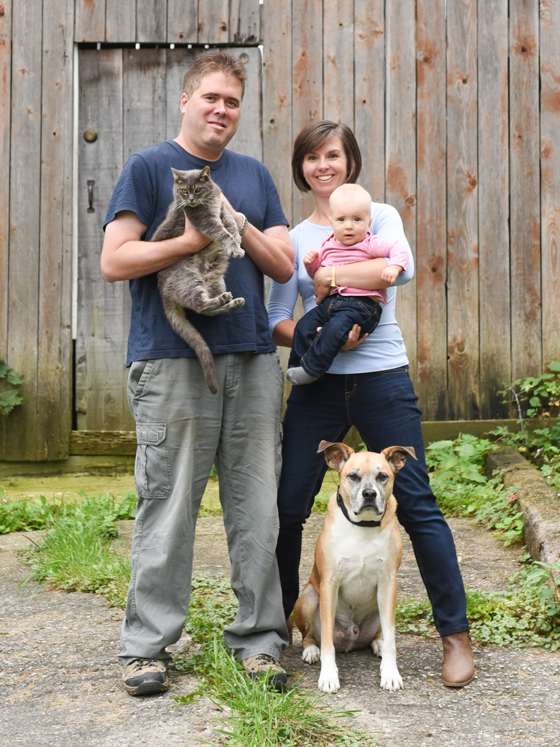 I think it's great that you gave Ralph the option of choosing between wanting to be an indoor cat or continuing her outdoor life. Your farm must be a cat paradise!

I feel like you are very accepting of Ralph. A lot of people feel it’s unequivocally cruel to keep a cat outdoors. I would make that case for my own urban neighborhood (I live on a very busy street), but I don’t think that holds for all areas or all cats. What I read in your posts is that you and Ralph have an understanding and you do your best for her within the context of that understanding.

I love your way of phrasing it. I think ThatMutt reinforces that it's important to accept our animals where they're at and for who they are.

I like hearing about Ralph, and those kittens were adorable! I think if I move to a farm already "owned" by a barn cat I would give her the option of coming indoors if she wanted. And if there is no barn cat I would want to adopt one from the barn cat adoption programs a lot of shelters offer. I love when shelters offer that because there are so many cats that would be miserable living indoors.

My cat Scout is very much a pampered, indoor boy who likes a warm bed, heat and a full bowl of food at all times. Our other cat Beamer was an indoor/outdoor cat for many years and there was a big difference between the two of them as far as "street smarts." Beamer was a tough guy and would choose to stay outside overnight in January in Minnesota. He would've loved to be a working barn cat as long as he could also come in the house.