My Dog’s Close Call with a Coyote

Home » My Dog’s Close Call with a Coyote

We had a close call with Baxter a few weeks ago. Everything was normal, and then all of a sudden it wasn’t.

We had been out for a walk on our property, and he had ventured into the woods. I continued back to the house, expecting that he would come running up the trail behind me—his normal routine. But he didn’t appear.

I didn’t worry too much, assuming he had found a particularly good scent and would be back soon. We had been at the house for awhile when he finally showed up. My husband let him in and knew right away something was wrong.

Bax was hobbling and seemed very stiff. He had a spot of blood on his forehead, as though he’d run into a twig or fence.

As soon as I took a closer look, I saw that the problem was bigger than we thought. He had two cuts on his neck, one of which was about the size of a silver dollar. He wasn’t bleeding very badly, but the cuts were sore, and he didn’t want me to examine them too closely.

Running into a fence was still a possibility, but it looked more like he’d met up with someone who hadn’t been very friendly. The most likely scenario given where we live was a coyote.

I called our vet, but it was a holiday, so the office was closed. I called my friend who’s a vet tech at our clinic. I described Bax’s injuries and asked her advice. She thought since he wasn’t bleeding badly and didn’t seem to be in extreme pain, we would be okay to wait until the next day when the clinic was open.

We kept an eye on Bax through the day. He continued to be stiff but didn’t seem to be distressed.

A trip to the vet

First thing the next morning, we went to the vet. After checking him over, including shaving back some of his hair to better examine the wounds, the vet advised that Baxter should have stitches. They fit him in for surgery that afternoon.

There was only one wound that ended up needing to be stitched. But Baxter got a close examination, an additional haircut, an update on vaccinations and some antibiotics and painkillers.

Back at home, he quickly went back to normal. In fact, on walks he kept trying to return to the woods, apparently looking for a rematch.

We’re keeping him on leash and are making good use of the 30-foot training leash we received from Mighty Paw. It gives him the ability to move fairly freely, but assures us that he won’t be able to choose his own adventure.

We’re obviously incredibly relieved that he wasn’t more badly hurt. If he’d run into a pack of coyotes instead of just one (we assume) the outcome would have been very different.

We’re thankful for a great team at our vet who were very gentle, generous and skilled in taking care of him. Most of all, we appreciate having our furry dude at home with us, healthy and safe.

Have you ever had a close call with your dog? Has your dog ever been injured in a fight? (Good news stories preferred, please.) 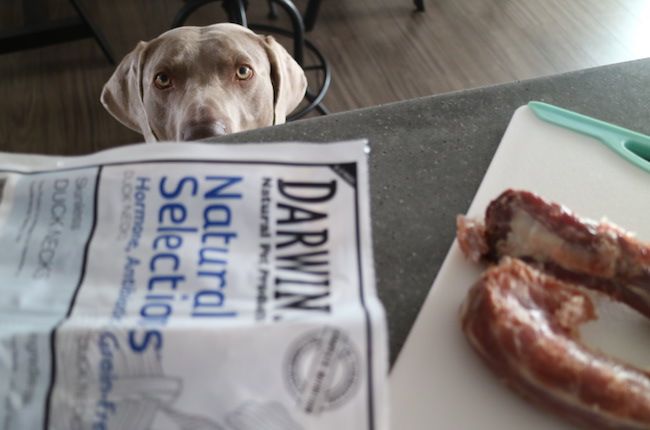 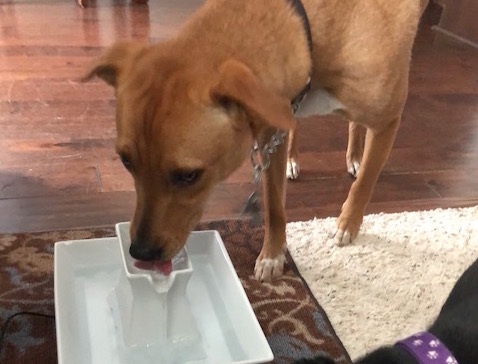 i am so glad that Baxter is okay. you were very lucky. i guess i would have taken my girls to an er. i have a few in my area but prefer to see my reg vet. however there is one er i would go to if necessary. i hope Baxter makes a quick recovery.

i dont let my girls roam free. they would take off. i live on 11 + acres and have all sorts of wildlife. coyotes are one. i can sometimes hear them at nite. i was out looking for my oldest dog a few yrs ago. she normally did not go far, but she did this time. it was 430pm, i did not find her til 12m. she was over a mile away. during my searches, i came face to face with a coyote, abt 3 ft away. we were staring at one another. i think he was as startled as i was. i know they hang out on my property in the very back. i have seen deer and turkey taken down by them on my property. it is very scary.

That sounds like a very anxious time. I'm glad that you were able to find her safely. That would be really disconcerting to come across one so close. I'm glad everything worked out for you, your dog and the coyote.

My goodness, how scary! There is a lot of wild life where we live too. For instance, we've had a bear walk up our driveway and stroll through the yard twice. I do sometimes worry about our springer having a bad encounter, especially when we let her out a night. Thankfully, it's never happened.

I'm so glad Baxter's injuries weren't any worse. And thank goodness it was a lone coyote. Thanks for sharing about your experience, Julia. Glad things turned out okay.

A bear! Holy moly. I'm glad you've never had a close call. That's a good news story. We never know who's around our place, but we do know there won't be a bear. Because of this, when we go out in the dark it's always been our habit to have Bax on leash, even before this happened.

Thank you. It could have been much more horrible, so we're grateful.

I lived in Texas for 5 years and there were rabid coyotes and skunks all over the property! I never let my dog out of sight. So many friends dogs were attacked by them. It is a long and painful recovery for any animal bit. You really have to check in your area how bad things are before letting your animals loose to the consequences!

Yikes. Rabies is such a scare. Raccoons are the big carrier in our area. Fortunately they're pretty rare at the farm, although we have encountered a few that are obviously rabid. You're right that it's so important to be aware of the animals and issues in your area. Thanks for your input.