I’m Afraid I’m Doing Everything Wrong With My Puppy

We live in a fear society.

I have to say, sometimes I’m afraid I’m doing everything wrong with my puppy, and I’m an experienced dog person! I make a living writing about dogs and dog training.

No matter what I write about, someone has to inform me I’m waaaay wrong. I’m killing my puppy, even.

No wonder I get worried emails from new puppy owners saying things like, “I let my puppy on the couch. Have I ruined her?”

No! Let your puppy on the couch for God’s sake! As long as you don’t mind having your future adult dog on the couch.

Since I got my puppy Remy, here are actual warnings I’ve heard or read:

OK … so … what can my puppy do? Sit in a pen with pee pads licking himself?

It’s stressful raising a puppy, and these extreme warnings are not helpful, especially for new dog owners.

Don’t believe a word anyone says.

People have been raising dogs for generations. It’s not complicated. If you make mistakes (we all do), you can fix them. Dogs adapt.

Puppies get sick. They get hurt. They misbehave. We all reinforce the wrong things at times.

The truth behind these warnings

For every one of those “warnings,” there are some truths to them. But they are not hard RULES, just things to consider, research and weigh the pros and the cons.

For example, I chose to take my 11-week-old weimaraner puppy for 40-minute walks around the neighborhood on concrete sidewalks. I think that pup would’ve been at the humane society if I couldn’t walk him. He would be uncontrollable.

I tried not to overdo it for his joints, but who knows? I also hoped he wouldn’t get sick (he didn’t).

On the plus side, my puppy was out and about meeting new people and seeing new places. He was exposed to many things, built a stronger immune system, built stronger muscles and burned energy so was better behaved.

I don’t have all the answers. I can only do what I think is best for my puppy. That means he gets rawhides, I tell him NO plenty, I let him use the stairs, I use flea prevention.

These are all decisions I have to make for my own puppy. Your puppy is different, and you will make your own decisions.

We do the best we can!

What puppy or dog challenges are you dealing with right now?

There’s always something, isn’t there?

Lindsay Stordahl is the founder of That Mutt. She writes about dog training, dog exercise and feeding a healthy raw diet. 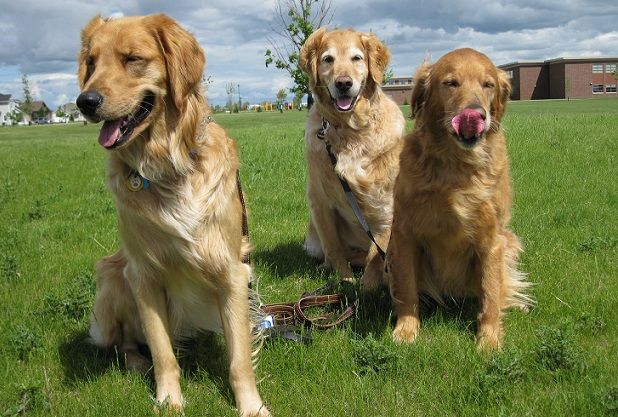 Previous
Insurance for Pet Sitters and Dog Walkers – Why You Need It
Next
Did You Know Dogs Can Follow Scent Through the Air?
Click here to cancel reply.

Wow - thank you so much for this post, and the puppy blues and the “my puppy goes crazy in the evenings” post. They are exactly what I needed to read tonight! I’m on day 4 of a new puppy and the past 2 days have been overwhelming. She’s 11 weeks old and all I can think about is all the advice about the closing window of socialization period and she’s having trouble just going outside to pee sometimes because all the noises scare her. And she’s nipping and biting and chewy her way through everything and all the books and articles I read make it sound like it’s so easy to distract or replace. Not so easy when teeth are latched onto my pants like a clamp! And she is like a demon in the evenings I’ve never seen anything like it! I’ve been feeling like I’m failing her and myself and also feeling that regret. I knew it was going to be hard but didn’t know which kind of hard! It’s so good to know that this is normal. And I have a trainer coming in 2 days to help me communicate better with her, so help is on the way. All 3 of your posts really made me feel less alone, so THANK YOU! I’m so grateful I found them tonight. ❤️

You're doing just fine, I bet! It's so stressful though. I have a new puppy now, again, and it's still challenging this time around!

Oh, wow. Thank you so much for this post! It's so overwhelming to have a puppy. A thousand times more so when everywhere you turn there is alternating advice. I feel like I'm doing everything wrong for this little guy. I came across this post at just the right time! <3

I bet you are doing just fine! Hang in there and try to be consistent. Enjoy that puppy stage!

Thanks to everyone who has taken the time to write about their concerns/experiences. I find them all very interesting and useful. I recently acquired an 8week old Welsh Sheepdog puppy, ( my 5th dog over 40yrs) she’s now 12weeks and a bundle of energy. I’ve been walking her for the past week ( 1 week after her last vaccination ) for 30 - 40 minutes in the morning and will be adding a 2nd evening walk starting today. When I had my 1st puppy you played it by ear, bought a book (if you could find one) or watched a Barbara Woodhouse training programme on the TV. Now we have the internet which is a minefield of often conflicting information. I’m not surprised owners are confused. Needless to say my dogs were all different but I got better at training them. I discovered that because each dog was different Training methods had ti2 Labradors, 2 Border Collies and now a WSD. I’ve not had a puppy for 28 yrs and I’d forgotten how difficult it can be.

We adopted our Mattie, a rescue, about 6 weeks ago. She was 6 months old at the time. It has been 30 years since we had a puppy (our dogs in that 30 year time frame had been 1 yr or more), so it was like adopting a teenager when you had no previous relationship. WOW! We struggled so the first few weeks as we had company and could not let her run loose in the house. Eventually, we did start a routine of exercising her in a small fenced in ring twice a day. Things were going well until we had a 'heat wave' and we didn't get out to exercise. Next was the issue of walking. After 5 weeks of walking (and pulling) a nice saleslady in Petsmart recommended a harness p (Sporn Non-pull by Top Paw) that she said that she used for all of her dogs. At first Mattie went ballistic and it didn't address her ability to jump on us. For the next few days, we practiced in the house walking up and down our hall. When I felt comfortable, I ventured outside. Big improvement! Mattie does sit, down, wait and take it in the house; she knows how to behave, but things set her off (like we need to take something out of her mouth) as well as the evening zoomy, jumping and biting. We have tried kenneling her for 10-15 minutes (if we can catch her), we both need a time-out! Sometimes that works and sometimes, no. If she was a child, I would say that she is strong-willed! Thankfully, she is treat motivated. I too have been reluctant to take her to a trail to walk as I never know how she will act (jumping and biting) and if I am too far from home, will I be able to manage. Thank you for your encouraging post.

The only one I agree with is not giving your puppy Rawhide it can be bad for all dogs and puppys.