Ace did something bad last night. He bit my boyfriend in the face.

This made me realize I cannot tolerate any aggressive behavior from my dog.

The bite happened this way: Josh and I were play fighting with Ace in the room, something we do at least once a week. We always let Ace jump up on the bed to “give kisses” in our faces.  Well that’s what happened this time, only Ace’s excitement escalated, resulting in the nip. Clearly, we were asking for trouble. Had anyone else told me this story, I would’ve thought, well, you’re a dumb ass.

Looking back, I realize I have tolerated, even encouraged some behavior in Ace that was wrong. And Josh is just as guilty, always wanting our dog to protect us and be a tough guy. Ace is literally one of the most submissive, gentle dogs I know, which is why we never thought twice about playfully rough housing with him.

In the last year we have taught Ace to chase the cats when they do something bad like scratch the couch, taught him to “give kisses” in our faces, wrestled with him to the point where he is growling and mouthing, played tug-a-war even when he’s growling and praised him when he snapped at our cat Beamer when he tried to take Ace’s food (Beamer has an issue with stealing everyone’s food). Well, all of these games are over as of last night.

The bite happened so fast neither Josh or I disciplined Ace until seconds later. By that time Ace had already moved on and forgotten all about the incident. It was too late to correct him. He served some time in his kennel anyway, but I can guarantee Ace had no clue why he spent the rest of the night in his  kennel.

I know most of us play with our dogs too roughly. We wrestle and play chasing games. We even think it’s cute when dogs “play” growl or “play” bite. But dogs get confused and excited. And when dogs get too excited they enter a different state of mind. Dogs are dogs. As their owners, it is our responsibility not to forget what animals are capable of.

As I write this I am thinking in particular of my friends with giant breeds (you know who you are). I can’t help but think of how one playful nip could turn into a very bad accident. I also think of the owners of small dogs who think their little pooches could cause no harm. Well, all it takes is the right nip.

This is a reminder for me not to be careless with my dog. I work hard to train Ace, to give him what he needs and to keep him and others safe. But I have made mistakes. Remember to be aware of the little things now in order to prevent accidents down the road.

By the way, last night when Ace slept in his kennel, my cat Scout was in my bed purring up a storm. I mean snuggling and drooling like he hasn’t done in months. A coincidence? 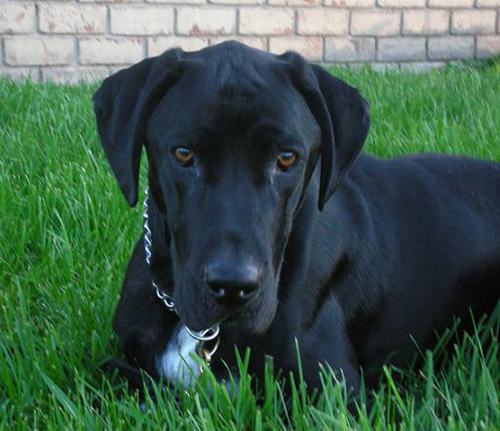 19 thoughts on “Bad dog: When the family pet bites”