I try to be as compassionate to other people as I am to animals.

There is a lot of negativity around someone who decides to re-home an animal.

“Pets are for life.”

“Why would someone with a pitbull move to a place where pitbulls are not allowed?”

We are quick to judge when we know very little.

My mutt Ace is just one example of a dog who was re-homed.

Ace’s previous owner got him on a whim as a puppy. I think we’ve all heard that story before. She cared for him, gave him shelter and access to veterinary care. She taught him to go to the bathroom outside and to hang out by himself in a kennel. He got to grow up around another dog and also a cat.

His first owner did many things right, and she probably loved him. 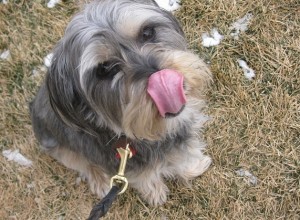 But Ace’s first owner knew Ace wasn’t getting the attention or the time he needed in her home. He was probably also a financial burden.

Should she have kept him anyway?

I’m glad she didn’t, because now I have the dog of my life.

Sure, I could’ve found some other dog. And Ace would’ve been just fine living out his life with his first owner. He would do well in most homes. But things are definitely better this way.

Ace’s previous owner is a good person, and I hope she has opened her heart and home to another dog since parting with “Junior.”

What if the dog bites?

My parents – two of the world’s biggest dog lovers – gave up their American water spaniel when I was about 3. They took Abby to the vet to be put down for biting.

Sure, my parents probably did not train or socialize Abby properly. They definitely did not do their research before getting a puppy the way they did.

Did that mean they should keep the dog no matter what?

They didn’t think so.

Did it mean they should never have a dog?

Thankfully, no. They went out and got another puppy a few months later. They’ve had multiple spoiled, happy dogs ever since.

People have already said things to me about foster dog Barkley’s previous owner.

“Someone gave up on him after just two years?”

This is the first time I have taken in a foster dog directly from the original owner. This is very different for me than taking a dog from a pound where I don’t know the dog’s story. It’s easy to put blame on a person you have never met.

I could tell that Barkley’s original owner is a good, caring person.

Sometimes a dog gets to be too much, and it’s nobody’s fault.

In this case, the owner was putting herself and a family member before her dog. This is not something everyone has the courage to do. It’s difficult to give up a dog. It’s difficult to contact a rescue organization and admit you can’t fix a dog, a dog you have raised on your own.

I am dedicated to working with Barkley to help him build confidence and to help him cope with stress. He may be a cute, little Yorkie mix, but he is still a dog.

I don’t hold judgement against his previous owner for raising Barkley a certain way or for obtaining a puppy the way she did. I don’t blame her for letting him go. I hope she is at peace with her decision and that she will get another dog someday.

In the meantime, Barkley will wait for an experienced owner with no children to adopt him. A home with other pets would be just fine. He is a happy, friendly guy 99 percent of the time, but some situations scare him, and he needs some help.

I don’t mean to make Barkley sound like a bad dog. There is no such thing as a bad dog. I always want to remain positive when it comes to my foster dogs, but I also want to be real and honest.

Simply, Barkley is just a dog.

Have you ever given up a dog?