When a shelter dog has a story, people can relate

When a rescue group I worked with took in several puppies from a puppy mill bust, people flocked to the next adoption event. I was working at an info table, and potential adopters paged through the binders containing photos and profiles of each dog available with the rescue.

And people kept asking, “Is this puppy from the puppy mill? How about this one? Is this one?”

They were seriously interested in a rescued puppy mill dog or no dog at all.

They could relate to the story they’d heard about the puppy mill bust, and they wanted to help. They wanted to be involved.

It’s no surprise that when a homeless dog has a story, suddenly she is special and more people are interested in adopting her.

A good example occurred this month when an injured Chihuahua puppy with dyed-pink fur and a broken leg was found and put up for adoption through the Peninsula Humane Society and SPCA, according to KGO-TV San Francisco. 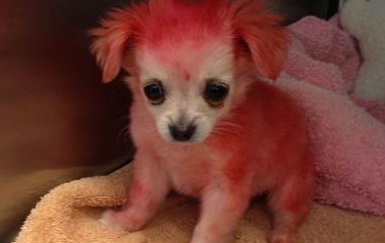 Once the shelter announced the puppy’s story, more than 100 people offered to adopt her, according to KGO-TV.

This is not exactly the case for the thousands of other small dogs up for adoption in California with seemingly no one offering to adopt them. These dogs also have stories. Every dog does. It’s just that no one has chosen to tell them.

And what happens when we tell a dog’s story?

People stop thinking about the overwhelming masses of shelter dogs they feel unable to help, and instead they think about a single dog as an individual, in this case a pink Chihuahua puppy named Candy.

Shelters and rescue groups have always known that media coverage will help a dog get adopted. They’re also aware that creating individualized stories and profiles to go along with each dog is helpful.

We need to do even more of this.

We need to go completely overboard promoting each dog as an individual with a story. Because you know what? Every dog does have a story, and if we know nothing about the dog we can still piece something together. We can even make one up.

People feel helpless when they hear about thousands of southern California Chihuahuas in need of homes, but they feel like they can make a difference for a single dog like Candy. And I’m not suggesting every story has to be a sad story about abuse. I believe most shelter dogs have never been abused, and the stories we tell do not have to be sad ones.

The stories can be positive, like the Cocker spaniel I met named Ziggy who provided love and comfort to his elderly owner right up until the end of his owner’s life. This is an example of a good dog who never missed a meal, who slept on a bed at night, who never experienced mistreatment.

Upon hearing Ziggy’s story, suddenly I could relate to him. I was inspired and saddened by his experience and wanted to offer him comfort. I wanted to adopt him. Instead of looking at him as “one of many shelter dogs in need of a home” I saw him as Ziggy, the good dog who had been loyal to the very end.

Every dog has a story, and it’s our job to tell those stories.

What are some examples of dogs in your area with stories to tell? 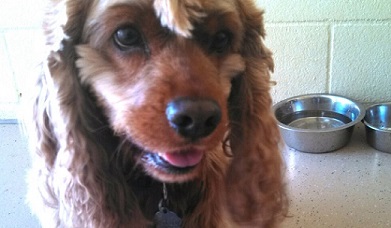 See more about Candy the Chihuahua at the Poodle and Dog Blog. Candy and Ziggy have both been adopted, but there are other unique dogs in California waiting for homes.

Thank you, Lindsay! Telling the dog's story through Craig's list could be a way to go. Otherwise the ad looks boring: good with kids, enjoys walks and rawhide bones. I don't know our foster dog's story but people want to believe it's a sad one and she must have been abused. She's such a princess though that you feel she was downgraded. Happy for Candy and Ziggy!

I work in fundraising, and this is something that we talk about all the time. I can write about how many students need scholarships and how much tuition costs, but it's not as meaningful as telling one student's story and how a donation helped them in their education. I think storytelling is a really powerful method of communications that should be used by many different organizations.

Oh yes! Nice to hear it from a different perspective.

I admit I get upset with the hundreds of people who want to adopt celebrity dogs. A while back a shelter held a lottery to award the dog. The woman who won didn't have her landlord's permission to have a dog and was unemployed. This is ridiculous, but I don't think many shelters are this irresponsible.

I always thought some sort of silent auction could be a good idea, as long as everyone was approved to adopt ahead of time. But then of course it's better for the dog if the shelter chooses the owner based on who is best for that unique dog, not based on who is willing to pay the most.

Still, there's gotta be some way to do it responsibly, in a way that would help more dogs.