According to its Facebook page, this is an ongoing special designed to get dogs out the door alive.

The reason I want to highlight this shelter’s efforts is because I love the idea of free adoptions or discounted adoptions in general.

I also hope to encourage more shelters to do what other progressive shelters are already doing.

Why I support free or discounted adoptions 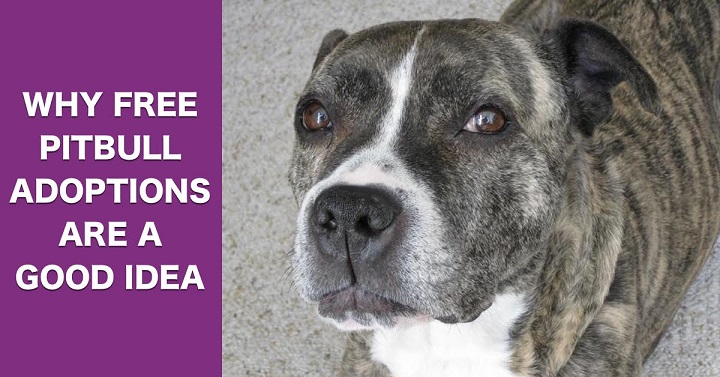 1. Free or discounted adoptions save lives.

Offering free adoptions or discounted adoptions for any type of pet is good marketing tool to get people to the shelter.

Let’s face it, shelters are known as depressing places, and some animal lovers avoid them. Others just have no idea the local shelter even exists.

That’s why positive marketing is so important! Adoption specials are one way to get people talking about the shelter in general.

It makes sense to offer a discount on harder to place animals or on animals that are in large “supply” such as cats, pitbull mixes, large dogs, Chihuahuas, etc.

Each shelter is different and might have more of a certain type of pet compared to other regions.

Here are a couple examples of recent specials at other shelters: 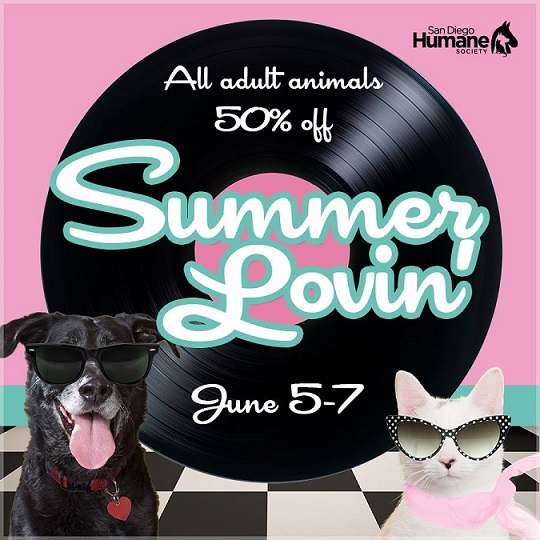 Austin Pets Alive offered a “2 for 1” special on cats: 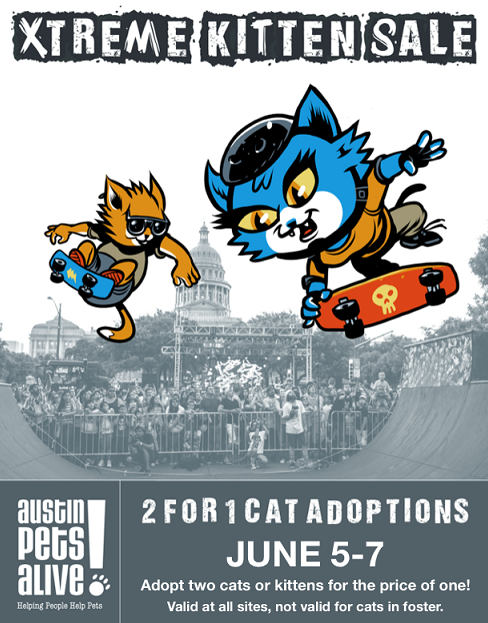 A couple of other reasons I support adoption discounts:

2. There are still screening processes in place.

*Patricia, below, is up for adoption in Stockton. See all the dogs at the Stockton Animal Shelter here. 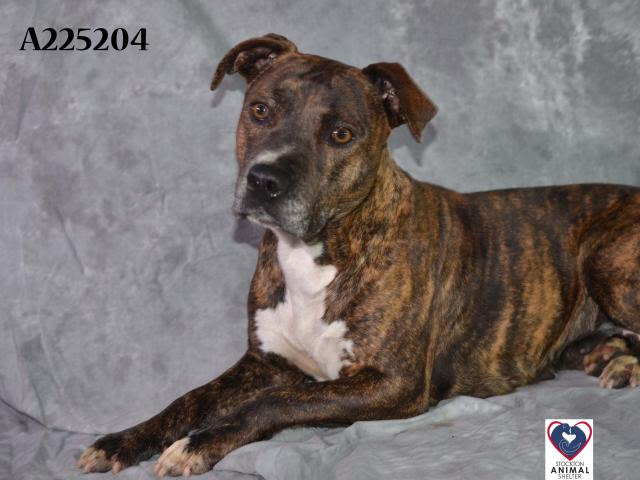 3. Free pets are loved just as much as other pets.

You can’t put a price on love.

How many of you have found and taken in an animal for free?

How many of you have paid less than $100 for your current pet? Probably most.

And you don’t love your pet less than the person who paid $500 or $1,200 for hers. And you still understand pets cost money.

Two of my pets were free. The other was $25. There’s nothing special or unique about me for loving my free or “cheap” pets. I’m just like everyone else who loves her animals.

*Lotus, below, is up for adoption in Stockton. 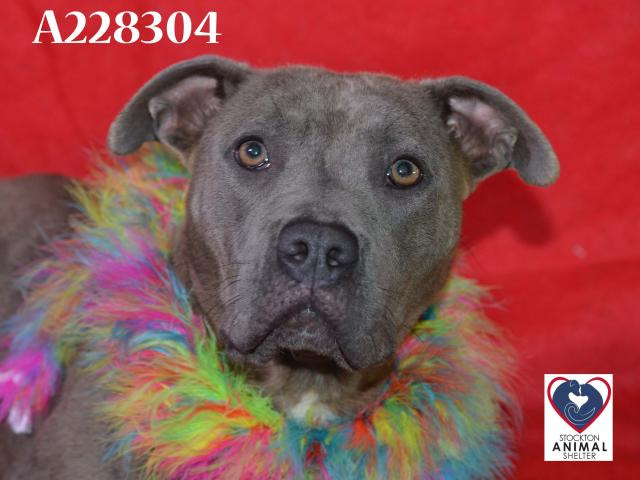 Sadly, some web sites are creating a “controversy” or “debate” around Stockton’s free pitbull adoptions.

Some of the headlines include:

“Shelter Gives Away Pit Bulls, Angering Both Lovers and Haters of the Breed” – Dogster

But the thing is, most people do not have an opinion on pitbulls.

They don’t love them; they don’t hate them.

Most people view pitbulls as … wait for it … dogs!

That being said, there are two myths I’d like to set straight, coming from this glorified “controversy.”

Dog fighting is terrible, but it’s not the epidemic some would like us to believe. 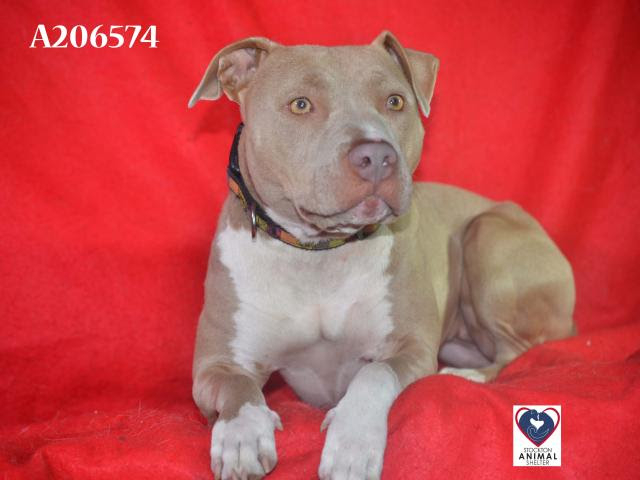 *Develyn, above, is up for adoption in Stockton.

Pitbulls are popular dogs. I’d even go so far as to call them the most popular dogs in America right now!

The majority of pitbulls are in loving homes, will never be mistreated and will never fight. (See the Majority Project.)

Someone involved in dog fighting is not going to go to a shelter to adopt his next fighting champion. Plus, this is why shelters have basic screening processes in place as mentioned above.

Some of the people who say they love pitbulls are actually the reason so many pitbulls are killed in shelters. They’re standing in the way of allowing shelter dogs to go home. See my post on pitbull myths.

Myth #2: Free pitbull adoptions means more dangerous dogs will be in the community.

The key to decreasing dog bites is not to target a specific type of dog but to have better laws in place to encourage responsible dog ownership overall. This has nothing to do with breed.

Shelters and rescue groups do have the responsibility to make the right choices about the individual dogs they are adopting out. A small percentage of all dogs are truly dangerous and should be killed or carefully managed, but this has nothing to do with breed.

Ideally, adopting out more pitbulls should be viewed as a positive outcome for communities because it means more friendly dogs are going to good homes.

I’m all in favor of sending dogs home!

What are your thoughts on free or discounted adoptions?

Have you ever gotten a free pet?

How to get more pitbulls adopted

How to get more cats adopted

I used to think free adoptions were a terrible idea until I spoke with someone who runs a rescue where she never charges an adoption fee. There is still a screening process (as you stated) and she keeps in touch with all the families - her dogs are loved.

I have read a lot of articles on this pittie promotion - most of them negative. The people against the promotion seem to think this will allow the "wrong sort" of people to get their hands on the breed. But I agree with you. My local shelter just had a "Five Dollar Feline Friday" promotion throughout the month of May, and they more than DOUBLED their cat adoption numbers from last year! The promotion brought TONS of new people in the door who had never been to the shelter before, and I don't get how that could possibly be a bad thing!

I love the idea of free adoptions. It will hopefully get more people in and raise awareness of a shelter. Belle was 150 to adopt and we received 80 of it back when we showed proof that she was spayed. I am not sure how much D.O.G. was to adopt, CV got him before we were together and Missy and Aeon were free. We might pay a little more for the next one because I want a poodle or a labradoodle due to allergies. But I will probably look at rescue groups as well. What a great idea and the pictures are wonderful!! Its so nice to have good, cute pictures! :-)

What a great idea! I don't think I've ever paid for a dog or cat in my life. They just kind of fall into my lap.

I think shelters sometimes forget that most people get their cats for free, especially. It's hard for some people to pay $80 for a cat when they can get one for free elsewhere so easily.