Some dogs can be reluctant to eat fresher food, especially if they’ve been on a highly processed diet for years.

One easy way of getting them a step closer to a fresh, raw food diet is to offer them the dehydrated version of a raw meal.

Once dehydrated, those cuts of meat make great food toppers, training treats and snacks for long walks, hikes and road trips. And since Christmas is right around the corner, they also make a thoughtful gift 😉

While I feed my dogs a raw diet, dehydrated treats are also a great option for dogs who eat cooked food.

What kinds of meat and other food can be dehydrated for dogs?

There aren’t any limits to which cuts of meat can be dehydrated.

I like to fill the trays of my dehydrator with liver, hearts, gizzards, chicken breast strips and sweet potato. I can find all of these at my local grocery store for very little money. 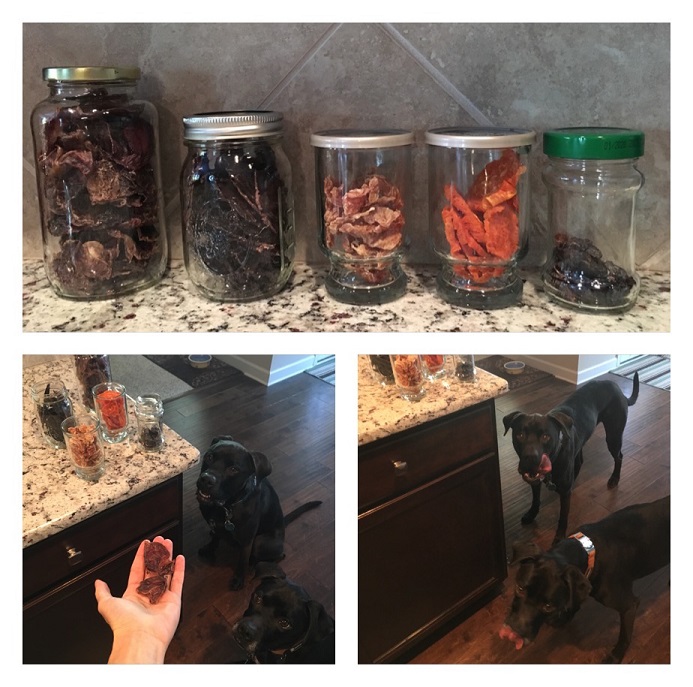 Why do I choose those particular cuts of meat? Because liver is an important component of a balanced raw food diet, and so are the chicken meat, hearts and gizzards. The latter count towards muscle meat, which makes up about 80% of a raw meal, while liver makes up 5%.

Note that while hearts are of course an organ per se, they do not count towards organs in raw feeding. Only secreting organs such as liver, kidney, spleen, thymus, pancreas, testicles, ovaries and brains do.

I personally don’t feed veggies such as sweet potato on a daily basis, but there are raw feeders who do. It’s really up to personal preference. See our post: Do dogs need fruits and veggies?

The rest of a balanced raw meal consists of 5% other organs and 10% raw meaty bones.

A quick word about bones. Raw meaty bones are an integral part of feeding a balanced, raw diet because they are chock-full of calcium and phosphorus. These are needed for skeletal & dental health.

I typically don’t dehydrate raw meaty bones because I don’t want to take the chance of them getting brittle and causing potential damage in my pups’ gastrointestinal systems.

However, smaller bones that consist mainly of cartilage like chicken or duck feet would be OK to dehydrate. And they’d also fit just fine on a dehydrator tray.

I get my pups an air-dried treat/chew subscription box from Real Pet Food once a month. The box includes dried cartilage-heavy items like feet and trachea, so I know those are safe to feed. 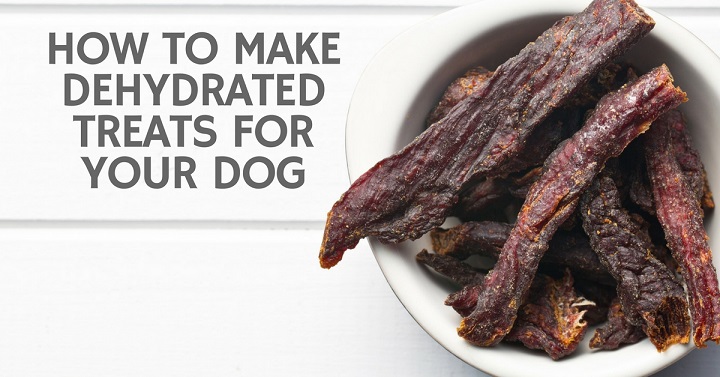 How to make dehydrated dog treats

Here’s how I go about making our dehydrated treats:

The beauty of dehydrated food is that it lasts for a considerable amount of time, at least a year! That’s because the dehydration process gently removes moisture from the food at a very low temperature.

Unlike other methods which dry out food at considerably higher temperatures (think cooking and canning), dehydrating it barely damages the nutritional value.

The NESCO dehydrator I use is an older hand me down without a temperature control button, so I’m not exactly sure what the actual temperature is during the dehydration process.

There are higher-end dehydrators that come with temperature guidelines for different foods and adjustable thermostats.

I saw one on Amazon that’s only $65 (comes with adjustable thermostat and 5 trays, but has the option of adding a total of 12 trays):

My pups Missy & Buzz have been on a raw food diet for close to 3 years now. I no longer have to entice them to try fresh food, but let me assure you that they absolutely love their single-ingredient, dehydrated goodies! 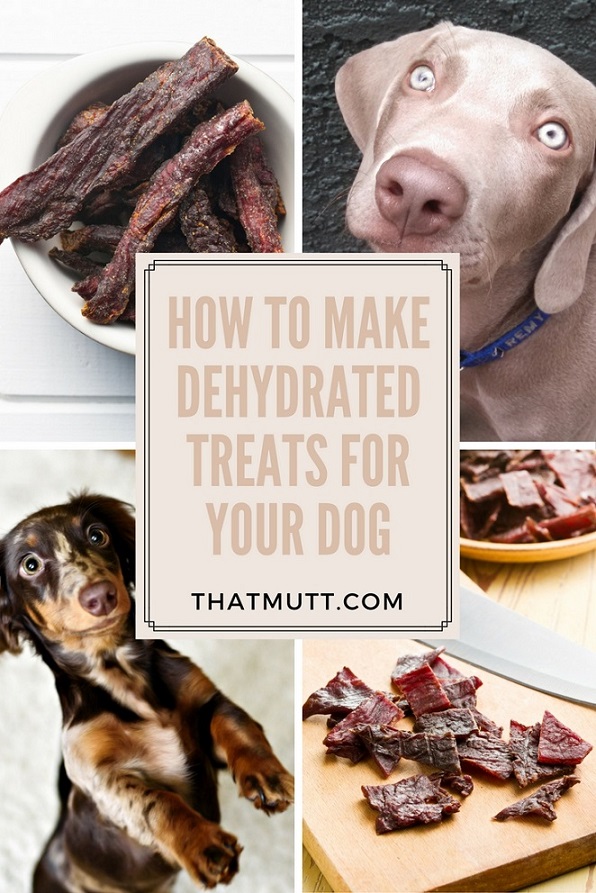 Have you tried dehydrating food for your dogs and/or for yourself?

Also, let us know if you have any questions about feeding your dog a raw diet.

If you’d prefer to buy dehydrated raw treats for your dog, you can do so from Raw Paws HERE.

When your dog won’t eat certain cuts of raw meat