Do dogs need fruits and veggies?

It depends on who you ask.

What do I think? Do dogs need raw fruits and veggies?

I am currently feeding my mutt Ace a raw dog food diet (2019 update: RIP Ace). In addition to raw meat and bones, Ace likes berries, bananas, pumpkin and other vegetation.

I’m not worried about measuring out a specific amount every day, and I don’t mind if he goes a week or longer without fruits and veggies. This is simply the best decision I can make based on what I know. 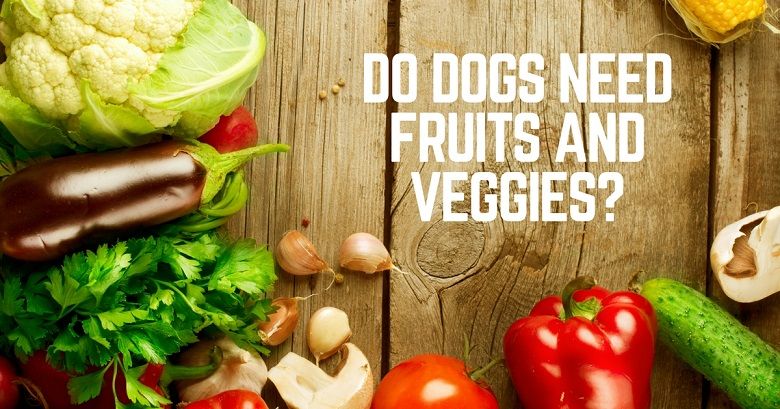 There are some questions surrounding this topic that might help you decide what your own dog should eat if you decide to feed a homemade raw dog food diet. Those questions include:

1. Are dogs the same species as gray wolves?

2. Are dogs carnivores or omnivores?

3. How can dogs benefit from fruits and veggies?

I’ll do my best to answer each of these questions. Then you can decide for yourself what to include in your pet’s raw dog food diet.

Are dogs the same species as gray wolves?

Most authorities agree the domestic dog (canis familiaris) is the descendant of the gray wolf (canis lupus), according to L. David Mech and Luigi Boitani in the book Wolves: Behavior, Ecology, and Conservation [1]. However, “the question of whether the two should be treated as separate species may never be resolved.”

There has been a recent tendency to include the domestic dog within canis lupus, calling it canis lupus familaris, they wrote. On the basis of genetic consistency, the dog is still nothing more than a gray wolf, despite its diversity in size and proportion.

Ted Kerasote wrote about the similarities between wolves and dogs in his new book Pukka’s Promise: The Quest for Longer-Lived Dogs [2]. The difference between the domestic dog and the gray wolf is no more than 0.1 percent of their entire nuclear gene sequence, he wrote. “In other words, when it comes to their DNA, dogs are almost entirely wolves.” 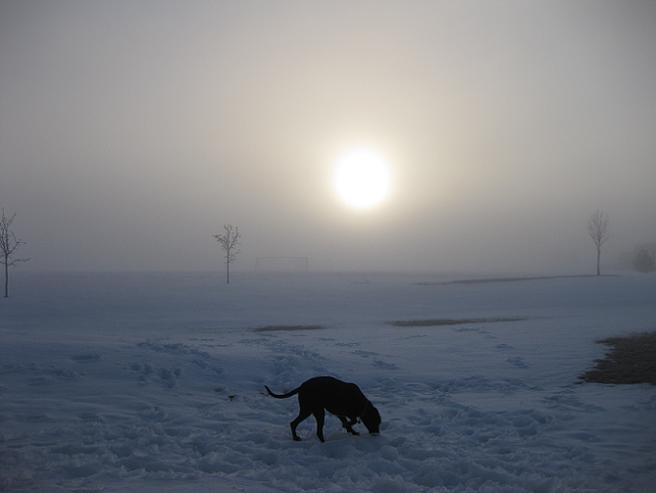 Still, domestic dogs do have physical characteristics that differ from gray wolves such as smaller skulls, shorter muzzles, steeper foreheads and more crowded teeth, according to Mech and Boitani in “Wolves.” These characteristics are comparable to young wolves.

Are dogs carnivores or omnivores?

First, let’s look at the diets of wolves.

Wolves are generally accepted as carnivores.

Wild gray wolves eat a diet of primarily large prey animals such as moose, elk, caribou and deer, according to Mech and Boitani in Wolves. Although they consume all the organ meat of their large prey, they do not eat the stomach contents.

“The vegetation in the intestinal tract is of no interest to wolves, but the stomach lining and intestinal wall are consumed, and their contents further strewn about the kill site,” they wrote.

Some dog food companies and veterinarians will claim that wolves do eat the stomach contents of their prey [3], but based on the research of Mech and Boitani, this information is inaccurate.

They did write that wolves will eat other forms of vegetation in small amounts such as cherries, blueberries, apples and plums during the summer. They will also eat grass as either a source of vitamins or to induce vomiting. On rare occasions, they will eat the garbage left by humans.

OK, but what about dogs?

Some say dogs are carnivores, like wolves. Others call them omnivores. I consider them “opportunistic carnivores.”

She wrote on her web site how a dog’s teeth are designed for grabbing, ripping and shredding and how they do not have flat molars for grinding plants. Their acidic stomachs are designed to handle and digest large lumps of meat and even good-sized portions of raw bone.

This explains why Ace eats his raw chicken by tearing into it, crunching the bones a few times and swallowing. This took me a few days to get used to!

Most people will report that their dogs like to eat fruit and other non-meat foods, and Ace is no exception. The term “opportunistic carnivore” seems to apply to dogs and wolves.

Ace’s vet believes dogs have become omnivores through domestication and says they do well on a diet containing protein, fat and carbs [4]. The corn-based Hill’s Prescription Diet dog food is for sale at her office just as it is at many veterinary offices [5]. She and one of her business partners have recommended the brand for Ace multiple times.

An article in Nature International Weekly Journal of Science came out Wednesday with information about how the domestic dog adapted to a diet high in starch as part of the domestication process. As a result, dogs are genetically able to digest starches better than wolves, according to the article [6].

I’m not so sure this means we should be feeding our dogs rice and potatoes (and certainly not corn!), but it does support the idea that dogs could be omnivores even though wolves are generally considered carnivores.

Some dog owners follow the “whole prey” model of raw feeding because they believe dogs and wolves are strictly carnivores and benefit most from meat, organs and bones. They do not believe grains, fruits or veggies are necessary for dogs.

Other dog owners believe dogs are omnivores and that they benefit from raw vegetation in addition to meat. Feeding a dog a raw diet that includes veggies is called the BARF model of raw feeding. It stands for bones and raw food, including fruits and veggies. (Click this link for several barf diet recipes for dogs.)

I tend to be somewhere in the middle. Although I believe dogs are carnivores, I believe they can also benefit from some fruits and veggies.

How can dogs benefit from fruits and veggies?

Nearly all raw feeders (at least the barf folks) agree that if you’re going to feed your dog raw fruits or veggies, the fruits and veggies should be chopped or blended first. This will help your dog with the digestion process and help him benefit from the available nutrients. Otherwise, you’ll probably see the fruits and veggies pass right through the same way they went in!

Here are some examples of how dogs can benefit from fruits and veggies in their raw food:

1. Fruits and veggies can add extra “bulk” to a dog’s food without adding too many calories. This is perfect for overweight dogs or dogs that just love to eat. For example, I use chopped apples as training treats.

2. Sometimes it’s easier to feed an affordable raw diet if you supplement some of the meat with vegetation.

3. By adding a variety of fruits and veggies to your dog’s diet, he will consume a larger variety of nutrients. Studies have shown that green, leafy vegetables provide age-delaying antioxidants and phytochemicals which protect dogs against cancer, according to Kerasote in “Pukka’s Promise.”

4. Kerasote also wrote that feeding a dog a less starchy diet – lower in grains, higher in protein and with a variety of vegetables – may also increase the dog’s lifespan and enhance his physical fitness.

5. Some vegetables are high in fiber and can help a dog’s digestion. For example, I feed Ace canned pumpkin at least every few days. He loves it! Although bones are also high in fiber, not everyone is comfortable feeding their dogs raw bones on a regular basis.

6. Some dogs love fruits and veggies! At the very least, why not feed them as a snack?

Are some fruits and veggies bad for dogs?

There are some fruits and veggies dogs should not eat. Some people feed these foods to their dogs in small amounts and the dogs do OK, but in larger quantities these foods can make some dogs very sick.

There are many lists available online, but here are a few fruits and veggies generally not recommended for dogs in large amounts, among others:

I found this great list of vegetables dogs can eat that you can use for reference.

So, do dogs need fruits and veggies in their diets?

There is not a concrete answer to this question, at least not that I’ve found. I’d love to hear your opinion in the comments. Hopefully this post will become an ongoing discussion as more research takes place.

And what do I think?

No, dogs do not need fruits and veggies as long as they are getting the nutrients they need from meat, bones and organs. But even if we try to replicate a dog’s diet to something close to what a wolf would eat, we are generally not going to be feeding whole carcasses of any animal, let alone wild elk, caribou or moose. Therefore, fruits and veggies may provide some beneficial nutrients missing from whatever type of meat, bones and organs we do manage to feed.

2. I received a free, advance copy of Pukka’s Promise: The Quest for Longer-Lived Dogs for review purposes. Its scheduled publication date is Feb. 5, 2013 with Houghton Mifflin Harcourt Publishing Company.

5. It’s important to note the close relationship between the dog food industry and the veterinary industry in the United States. The textbook Small Animal Clinical Nutrition is co-authored by seven people who were employed by or affiliated with Hill’s Science Diet, according to Ted Kerasote in the book Pukka’s Promise. An eighth author was affiliated with a pharmaceutical company. Hills gives this book to vet students for free, and inside it states that dry dog food typically contains 30 to 60 percent carbohydrates and causes no adverse effects. For more information, see the section “Dogs are not meant to eat corn” in my post on the health benefits of raw dog food.