In 2011 I wrote a post asking why some people were rejected when trying to adopt dogs from shelters or rescues. Later, I wrote a post on how to get a dog adoption application approved.

I read all the readers’ comments from those posts, and created two lists:

1. Reasons people said they were rejected from adopting a dog

2. Reasons people said they gave up on adopting a dog

I hope these lists will encourage shelter and rescue directors, employees and volunteers to loosen up their adoption procedures even just a little.

That being said, here were some of the responses:

They were college students

They were under age 25

They would be first-time dog owners

They were single and worked full time

Their commute to work was “too long”

They had young children

They had young grandchildren

They lived in an apartment

They did not own their home

They did not own a fenced yard

Their entire property was not fenced

They lived out of town

They lived out of the metro area

They lived out of the county

They lived out of state

They lived on a farm

The potential adopter did not vaccinate a pet ferret for rabies

Current dogs were not spayed/neutered because they were show dogs

A show-quality cat was not spayed

Some were not given a reason at all – They just never heard back!

*Note: I would also be rejected for at least nine of these reasons if I tried to adopt from some of these places! How about you?

The shelters and rescues did not respond to calls or emails

They sent in applications and never heard back

The adoption process was “demoralizing”

They could not meet any dogs until filling out an application

They could not meet any dogs until paying a $25 fee

Did not want to submit to a pre-adoption home visit

Could not afford the required “holistic” dog food

Did not want to complete “multiple” interviews

Did not want to take the mandatory dog training class

Yep, some of those reasons would be enough to cause me to give up, too. Good grief! Craigslist dogs, anyone?

And how can we call it “pet overpopulation” when shelters and rescues are refusing to adopt out their dogs? Oh, that’s right! It’s because we have a marketing problem. Not an overpopulation problem.

What is the solution to this problem? 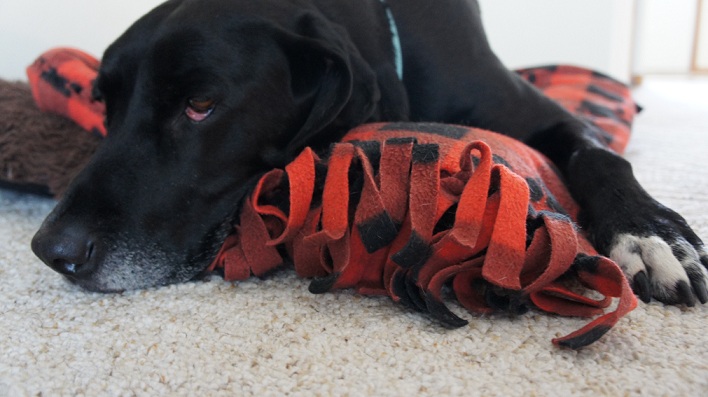 Many of the dogs at rescues are there because they were in puppy mills. You may not know anything about the dog's background. Sometimes they are just left! Even if they are, do you leave them in a place like that?

some of the reasons for not letting people adopts dogs are reasonable, but others are ridiculous! also, who doesn't work 9-5 nowadays? that's why we have doggy sitters! i wanted to adopt a dog for my uncle and aunt, both 60, not too old. very fit and healthy for their age. and adoption agencies lied to my face saying they don't have dogs for adoption, just because they didn't want to give away dogs for "old people"! adoption agencies workers are one of the rudest breeds. they are at home all the time and can give the dog the attention it needs. they weren't even looking for high-energy dogs because they want to be responsible and understand they can't take a malinois, for example. adoption agencies are horrible, seriously. then they wonder why people just go on and buy dogs. it's just easier. what more- most of the people deemed "acceptable" to adopt dogs, return them later on because the kids won't take care of the dogs, and the parents brought the dogs "for the kids". it's ridiculous!

So sorry to to hear about your poor experience.

Rescues and shelters that are putting up such tough barriers to get a pet are going to shy people away for good.

I'm getting to that point myself, it was easier to get a mortgage on my house.

I've been trying to adopt a dog for 9 months now, got denied every single time and every single place had a different excuse to why they would not adopt me the dog.

One was my career choice, I race drones for living part time and I work for my father part time.

They were afraid that the dog would get hurt by the Drone which is not true I take videos of dogs for families with my drones.

Another rescue denied me a dog because they said I had to at least have three dogs under my belt? like seriously?

Another rescue I went with a friend to go adopt a dog but I was waiting for my friend to show up and I did not want to wait in the lobby so I asked them is there a place to get a bite to eat around here and I'll be back. Well my friend shows up later and this chubby employee that was rude to me to begin with told my friend that I asked him if they had dog food at 7-Eleven that I can use for treats?

My friend said let's get out of here this place is crazy like seriously I did not even say that to the guy I just asked him if there's a good place to get a bite to eat because I was hungry.

So he lied to my friend some of these people that they employ are straight-up nuts if you ask me I'm in California I don't know how it is in other parts of the country but in California the people act like they don't like working there at all they're so rude and the experience is horrible.

They said no because of the possibility of it can get denied and your dog will not get care are you kidding me? If that were the case my family would definitely jump in until my credit card issues worth figured out if that would ever happen I mean some of the questions they ask is ridiculous no wonder why there's an abundance of animals in shelters it's hard to adopt.

I still have not got my dog and I was looking for a puppy to get trained professionally as a service dog but I didn't tell them that because who knows what they would have said then.

But bums are walking down the street with three or four dogs that they can't obviously afford that bills for but that's okay this country is backwards.

I want my dog but I don't know what to do I can't get one no matter where I go in my County. And yes I want to rescue from my County because I want to help a dog in need and some idiot in my County just let go.

Very depressing a Year's going to go by and I still won't get my dog I have no idea what the real truth is to why they will not give me a dog I seriously doubt it's any of the questions they asked it must be the way I look or something :(

I would try Craigslist or newspaper classifieds. Find an individual who has to give up their dog for whatever reason.

I know this is an old entry although people are still commenting. Just ran into this issue. I don't mind the fees associated with the adoption although some do seem rather high. However, the rules they have are ridiculous. We have been denied because we don't already have a dog in the house. Three of the dogs we inquired about and wanted to adopt need to have another older dog in the house or they won't let you adopt. We have a fenced yard, a small pond (this was also an issue for one "rescue" place) and we live in a safe, gated community with a four acre park and little trails to walk on. If we'd have gotten one of these dogs, they would have received so much love and care! We spent lots of time choosing because we have a cat and had to choose dogs that were fine with cats. What a colossal waste of time. I will go to the local pound and I will not give a dime to these so-called rescue organizations. They are so full of themselves.