Why should shelters become “no kill”?

Home » Why should shelters become “no kill”?

Thoughts on the 2012 No Kill Conference

A strange piece to the No Kill Conference that I attended last weekend was how person after person told me “I didn’t tell my shelter I’d be here.”

A woman from Georgia said she would definitely be fired if her shelter director knew she attended. A woman from Louisiana said the same. Others agreed. Personally, I also did not announce to any of my local rescue groups or shelters that I would be attending the conference.

Why are those of us who oppose shelter killing viewed as crazy, wrong or extreme? Wouldn’t any sane person want to stop the needless killing of healthy, adoptable dogs and cats?

The No Kill Movement has made significant progress, but there is a lot of work ahead, mostly about shifting attitudes.

No kill is based on the idea of ending the systematic killing of healthy, adoptable animals in U.S. shelters, according to the No Kill Advocacy Center.

Note that killing a healthy animal due to a “lack of a home” is not the same as euthanizing an animal that is truly suffering.

About 200 towns and cities in the United States are saving at least 90 percent of all shelter/pound intakes, according to Nathan Winograd, author of Redemption and executive director of the No Kill Advocacy Center. These towns and cities make up at least 50 no-kill communities.

No-KillNews.com has documented a list of these 50 U.S. communities (and growing!) with open-admission shelters that save 90 percent or more of the animals they take in. The site lists these communities on its right-hand sidebar, including Austin, Texas; Reno, Nev.; Duluth, Minn.; and Brookfield, Wis.

The steps to achieve no kill are very basic (although not easy), and they are the same no matter where you live. No kill has already been achieved in a large variety of towns, and any community can do the same by following the same steps.

According to the No Kill Advocacy Center:

The basic steps that make no kill achievable for any community include:

Slowly, more and more communities will shift until every shelter in the United States is no kill. It’s only a matter of time.

Why do shelter directors still reject the idea of no kill?

Many are still clinging to the “pet overpopulation” myth.

If you do the math, you will see that “pet overpopulation” is the biggest lie in the animal rescue world.

I know, it’s hard to get past the overpopulation myth. We’ve all been told over and over our whole lives that there just aren’t enough homes. When roughly 3 million pets are killed annually in U.S. shelters, we naturally assume there aren’t enough homes.

But there are enough homes. More than enough.

The study also showed that 17 million people out of the total 23 million will be undecided about where they will get their pet and can be persuaded to adopt from a shelter.

Simple math shows there are plenty of homes.

We have to let go of the “overpopulation” myth. It’s just not true.

Another myth is the “irresponsible public” myth.

The majority of people are good, and we have to let them adopt.

Those of us who volunteer with shelters see terrible, horrendous abuse cases. We hear about torture and dog fighting in the news and on Facebook. I’ve seen some pretty awful stuff, too.

However, let’s remember there are at least 78.2 million dogs living in U.S. homes, according to the ASPCA.

Most dogs in the United States are thriving. They live pampered, spoiled, happy lives. These happy stories are not reported in the news, because happy dogs are the norm. A well-cared for dog does not make the news.

People who work in animal rescue and animal control see the worst of the worst at times.

If you are the “intake coordinator” for your shelter, of course you are going to see some awful pet owners and some very sad cases. If you see these types of cases every week or every day, it’s easy to lose faith in the general public. But remember, these cases are the minority. Most people love and spoil their pets.

We have to get past our fear of the public, said Kim Wolf of Animal Farm Foundation in a presentation I attended on turbocharging “pitbull” adoptions. We have all these dogs in cages and we need to send them home.

I could not agree more.

For more information on the basics behind no kill:

The concepts to no kill can be difficult to grasp at first. I too believed in pet overpopulation for most of my life. If you disagree with me, please voice your opinions in the comments below. Animal rescue is an emotional issue, so remember to remain professional.

Ace and Dora ask, “What is the main roadblock preventing your city from achieving no kill?” 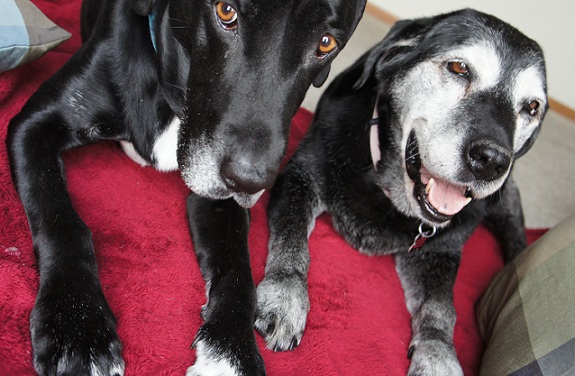 Previous
No Kill Conference 2012
Next
A perfect day for a dog
Click here to cancel reply.

I think if there are people who are wanting to adopt a dog and a shelters have dogs that they say they want to find homes for the process should be as simple for the person wanting the dog as it was for when they find them they pick it up and in a cage it goes waiting on death row . its a city by city job & place so I'm thinking our taxes are already paying salaries and provisions . It almost seems to me like their pimping out the dogs . greed is a silent but aggressive sneaky devil, and any way they see money can be made off the hearts of others there milking it to the end . and when it gets slow they post the puppy thnats scheduled for lights out they will write up a story about this wait for it costly but top favorite hate to let go pup that they had to spend so much more on and they have to let go now because it requires a lot of attention that the short handed staff cannot afford to give how perfect it would be in a home where it would be loved but its time has ran out and over the picture of the pup it will read will you be my governor. and save me . and boom 400.00 without a peep .do you know America will rally for a pooch imprison a human for a while over our four legged friend. this is what and why these prices are so high . if they stuck to the cause and really want to help find homes the vets would give of their time to treat the staff would be advertising life not pulling on the hearts and pockets thru fear . and the cost for private or otherwise would be 50.00 maybe 100.00 and that would cover it all papers shots spade and life time shots and wellness checks if you keep up with your puppy health check up you will not have big bills unless its something in the blood line. I cant afford one its too much for me . I have been buying things ill need a little at a time and saving to get myself a laid back feisty if you call her /him name to much will bark (that will be him/her sayin no) loves to ride and be spoiled doesn't matter the size just that it loves me and ill for certain love him/her . if the price go down great if it doesn't look like it will then I don't know maybe ill be back asking for a puppy form one of you to have . I cant give up now I've waited to long and I have the rain coat and boots on order . ill have to write Caesar Milan I don't know how to train for out side potty maybe ill get one already who knows I'm open to baby or grown I want a dog !

I was rejected from adopting a cat because I'm only 24 years old (the shelter has a policy that adopters must be 25 and up). I grew up with both dogs and cats, hold a stable job as an engineer, and have never been in trouble with the law, but apparently I need 10 more months of maturity before a cat would be better off living in my home than being euthanized.

Sorry to hear about your loss.

Speaking on terms of putting down a dog. I had a dog for 5 years. She was my best friend considering I got her when I was young so I basically grew up with her. She got really sick and I wanted to take her to the vet but they wouldn't take her because I didn't have the money up front. They wouldn't let me get her checked out or do a payment plan. Although, putting her down was free. It seems cheaper to kill a dog than it does to keep one healthy and happy. She ended up getting better but she died 2 years later.

I completely agree with all that I have read here. I have been trying to adopt a dog for a long time. It turns out that because I have a three year old child, I am an unacceptable placement. I also do not have a fenced in yard, but an overhead dog run.

So even though I am a grown up, gainfully employed person, with plenty of money, and no fear of losing it, and I have a perfect family-oriented set-up, in a lovely home, where I have lived for a number of years with no intention of moving, I am disqualified from dog adoption.

In addition to my 3 year old, I have two other children, 7 and 9 years old who are itching to add another dog to our family, to help keep our other dog (purchased from a breeder, because I don't 'qualify' for adoption).

I am an experienced dog owner, having owned and loved three dogs until their deaths, and have done much dog training, and am an excellent 'pack leader', I'm not 'good enough'.

That these poor dogs sit, unadopted, while a perfectly reasonable and loving home awaits, is disgusting.

It was easier to get my child into a good preschool than to adopt a dog.

It's unfortunate, isn't it? Thank you for trying to adopt a dog. You sound like a very good dog owner. I hope you are able to find a dog from a shelter or pound with less restrictions. If not, you could look on Craigslist. Many of those dogs eventually end up in the shelter system.