Is it Ok to Play Tug of War With Dogs?

Home » Is it Ok to Play Tug of War With Dogs?

Tug-of-war is a fun game that many dogs love because it mimics shaking their prey! They can play it with a human, other dogs, or even just themselves. However, there are a few instances in which dogs shouldn’t get to play tug, and I’ll point them out in this article.

I’m Barbara and I write regularly for That Mutt. I’m also a blogger over at K9s Over Coffee.

Pros of playing tug of war with dogs

Before we do that, let’s first look at the pros of playing tug, and there are quite a few! Tug-of-war is a:

Cons of playing tug with dogs

The pros do outweigh the cons of playing tug, but it’s important to consider that tugging can:

We know there are plenty of opinions out there on the pros & cons of tug of war with dogs. Please let us know your thoughts in the comments at the end of this post.

Depends on you training goals & personality of the dog

Whether or not tug-of-war is a suitable game to play with your dog depends on your training goals and also on the personality of your dog.

Like I briefly mentioned in the cons section, tugging CAN reinforce aggression. So if you’re aware of aggressive tendencies in your dog, it’s best not to play tug with him because you don’t want to foster those tendencies.

Two examples of dogs who shouldn’t play tug of war

Lindsay for instance, the main blogger behind That Mutt, stopped playing tug with her Weimaraner Remy because of his personality. Remy LOVES tug but he has a tendency for possessive aggression and he gets overly excited and has trouble controlling himself.

Since Lindsay doesn’t want to nurture that type of behavior, it was a no-brainer for her to stop playing that particular game with Remy. Instead, she does agility and runs long distances with him, and also recently introduced him to hunting dog training. All three activities are wonderful energy outlets for his seemingly endless amount of energy.

One of my dog walking clients is an American bulldog, Chester. He gets overly excited VERY quickly and can do some real damage when he does, simply because of his size, weight and power. He’s mistaken my arm for a tug toy before, so I’ve learned never to play tug with him again.

He gets to chew on his BIONIC Urban Stick toy while I play fetch with his Labrador sister Macy, and that works out great! That’s a very durable, tough toy that has held up to his power jaws for over two years now.

Examples of dogs who can play tug of war no problem

I will say that out of the many, many dogs I’ve taken care of since 2012, most could play tug of war no problem, and some weren’t even interested in the game.

German Shepherd mix Brewski and Labrador mix Bailey are client pups who live on the same cul-de-sac and LOVE playing together. Neither of them have any aggressive or possessive tendencies whatsoever, and although they roughhouse A LOT, it’s always in a friendly manner. They’ll switch between tug of war with a string toy to chasing each other around until they flop down on the floor, in need of a break.

My former pups Missy & Buzz, two Boxer mixes, also liked playing tug together. It wasn’t on a very regular basis, but every now and then they felt like it. They’d either tug on a long rope string, a Puller Ring, or the Liker Cord. See the section Best toys for tug below for links to each toy.

Buzz also enjoyed playing tug by himself, which is why I used that behavior to teach him how to open my fridge door! All I had to do was tie the Liker Cord to the fridge door handle and ask him to “pull” or “open”.

Side note: Whenever we were done practicing that trick, I took the Liker Cord off the fridge door handle. Otherwise Mr. Buzz might have just helped himself to whatever he found in the fridge!

My current pup Wally, a Feist mix, hasn’t found a doggie friend he can play tug-of-war with quite yet, but he does enjoy tugging when I initiate the game. He enjoys the same rope toy Missy & Buzz had played with, as well as a few of West Paw’s rubber toys.

Is it OK for dogs to play tug with each other?

Like I’ve shown with some of the examples above, it’s ok for dogs to play tug with each other as long as they meet a few criteria.

1. The dogs should not have aggressive tendencies.

Tug should be fun for everyone involved, and aggressive or obsessive dogs can hurt each other quickly, especially when they’re larger. The last thing you want is an expensive trip to the vet’s.

By the way, if you ever find yourself in the situation of dogs fighting over a (tug) toy, try throwing jackets or blankets over their heads to distract them. A bucket of water works great as well, and so does a garden hose.

2. The game should be supervised by an adult.

If multiple dogs are home alone, simply put the tug toys away so that they can’t just pull them out whenever. That way, the pups will appreciate tug time more and they can play in a controlled setting.

3. Dogs who get to play tug should know basic obedience commands.

Tip: It’s easy to teach the “leave it” command with high value, smelly training treats. You know, something like cut up hot dog, cheese, fish or green tripe. Simply offer your pup(s) one of those treats while they’re playing with their toy. Once they drop the toy to get to the treat, say “leave it” and praise warmly!

However, make sure that you’re not offering treats to multiple dogs at once if they’re protective over food. That could cause a fight over the treats.

The puppy stage is the best time to teach polite behavior in general, and that includes structured tug of war with boundaries and rules. As long as those are incorporated, tug of war will mentally and physically stimulate a puppy, but won’t make her aggressive. It’s also a great opportunity for teaching bite inhibition. That means teaching her not to nip or play bite human skin.

The tug of war rules should be:

Rope tug toys as well as rubber ones are great for safe chewing once puppies are teething. Listed below you’ll find a list of my favorite tug toys.

Tug toys should be a few things. First of all, they should be soft and shaped without any hard edges. That’s because we don’t want them to cause any injuries along the dog’s gums or to their teeth. So hard plastic tug toys should be avoided.

Next, they should be long or big enough for your dog AND yourself to hold at the same time. That makes it a lot easier for your dog to avoid your skin! Even well-trained dogs can accidentally get your skin if the tug toy is tiny.

That being said, the best tug toys I’ve come across over the years are the following:

Using tug as a reward for working in agility, nosework, search, police

Working dogs are often rewarded with a good game of tug after a job well done. For example, if a military or police dog sniffs out explosives or helps catch a fugitive, their handler might pull out a toy for a tug session. The same concept of rewarding a job well done can be used with dogs who perform agility and nosework tasks.

I once got to observe a military K9 in training when my car was searched at a military checkpoint. It was a random security check, and the pup – a Belgian Malinois – sniffed every inch of my car, including the trunk.

Well, he didn’t find anything worth letting his handler know, phew! ***Just kidding!!***

But the handler still rewarded his pup with a quick game of tug right after the search session. He pulled a rope toy out of his jacket and played with him right then and there, only for a few moments, but the pup loved it, and was then eager to check out the next car.

I remember thinking to myself, wow, this is a great option of rewarding a toy-driven dog without food! By the way, and this is just a side note, I was also deeply impressed by how focused that dog was on just finding explosives (and maybe weapons, not sure).

That’s because as a personal dog owner, professional dog walker/pet sitter, and pet taxi service provider, I have ALL KINDS OF DOG SMELLS in my car. To include treats. The pup ignored EVERYTHING. He was truly in a working mode.

Now it’s your turn! Do you play tug of war with your dog? Do you have any additional advice? 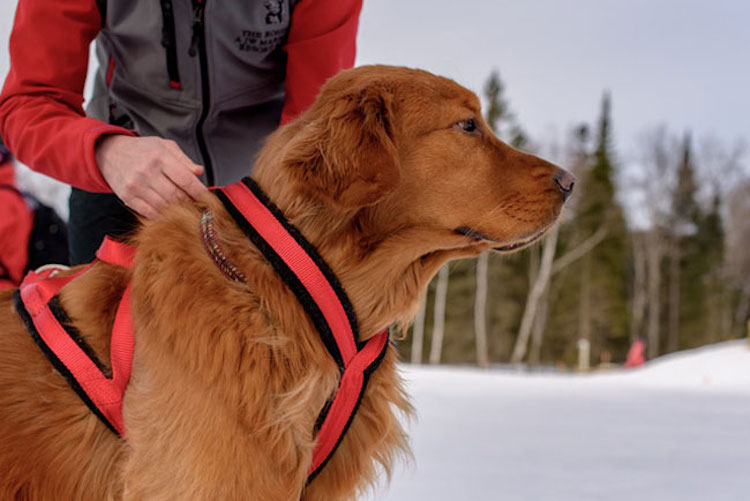 Previous
What is Skijoring? 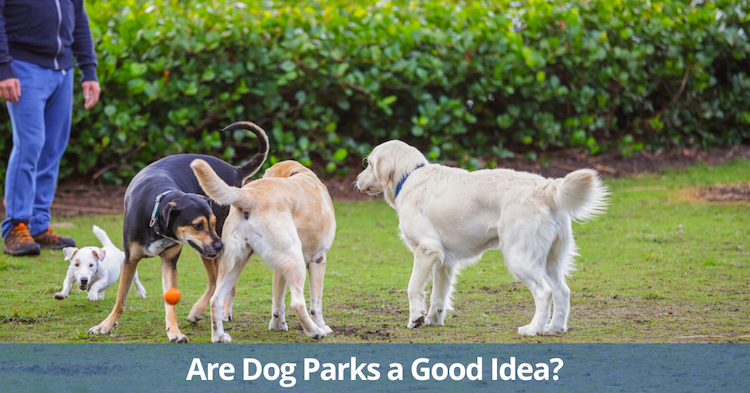 Next
Are Dog Parks a Good Idea?
Click here to cancel reply.

I used tug to teach my dog “drop,” “wait,” and release in tandem when she was a puppy. She learned and practiced a lot of impulse control that way.

That sounds like a great way to teach those concepts.