Are Dog Parks a Good Idea?

Dog parks are off-leash areas that let dogs interact with each other and stretch their legs mostly free of charge, although there are also a few members-only dog parks. Most feature water stations, poop bags, and are at least partially fenced-in. Sounds pretty good so far, right?

While we can probably all agree that the concept behind dog parks is a clever one, there are also risks to be aware of.

Benefits of dog parks – are dog parks a good idea?

Let’s start with the benefits of dog parks.

Dog parks also have a few downsides, particularly the following:

What types of dogs should go to the dog park?

Keeping the pros and cons of dog parks in mind, there are certain types of dogs who are ideal candidates for dog parks. They’re:

When not to bring your dog to a dog park

Everyone who takes their dog to a dog park should be respectful of the other dogs and people present. That means there are times when your dog simply shouldn’t go to a dog park, especially:

See That Mutt’s article My dog is possessive of toys at the dog park for more information and ideas of how to deal with this behavior.

See That Mutt’s article How to stop your dog from guarding you at the dog park for solutions.

Did you know that dog parks vary largely in size and setup? The concept is the same of course, but there are several different types:

Some large dog parks cover several acres and feature a variety of (paved or mulched) trails, benches, drinking water areas, rinse stations, and possibly even a beach, stream or pond for some doggie swimming fun.

They’re usually only partially fenced-in, so dogs who go there should have an excellent recall and not be interested in going on solo adventures outside of the park.

The small fenced-in types of dog parks can be found at many apartment complexes. They’re just large enough to safely let dogs stretch their legs and play off leash a bit.

Areas for big and small dogs

Some dog parks have separate areas for big and small dogs. That’s a good solution for people who know that their smaller dogs do better with similar sized dogs. That way, they won’t run the risk of being trampled or jumped on. The same goes for owners of large dogs who know their pups’ rough way of playing doesn’t change with a small dog.

The picture below features big and small dogs in the same area, which isn’t always ideal as we just pointed out. However, some small dogs don’t mind being around and playing with larger dogs, especially if they live with larger pups.

There are even dog parks that aren’t fenced-in at all. Your dog’s recall needs to be exceptionally good for off-leash playtime fun at these parks.

If you’re not sure what to expect from a specific dog park, it’s a good idea to check it out by yourself before taking your dog.

Are dog parks good for socialization?

One of the most common misconceptions is that dog parks are good for socialization for all dogs. They ARE good for ongoing socialization of confident dogs who have already been socialized to the world around them.

They’re also good for puppy socialization once they’ve received all of their shots.

However, dog parks aren’t good for socializing shy or aggressive dogs. It’s a lot better to practice in a more controlled and calmer environment like an obedience class with a knowledgeable dog trainer. There are also those dogs who will truly never enjoy being around other dogs, and that’s ok too. It’s up to us to know our dogs and their body language.

See That Mutt’s article Is dog daycare a good idea? for ideas about socializing dogs.

When can my puppy go to the dog park?

Puppies can start going to the dog park once they’ve had all their shots. This is generally when they’re around 16 weeks old (4 months). They shouldn’t go prior to that because their immune system is still fragile.

Keeping in mind that many different dogs visit dog parks, chances are high that a puppy who hasn’t received all of her shots yet can pick up a disease from a sick dog.

Don’t hesitate to ask your vet if your puppy is ready for some dog park playtime if you’re unsure.

Are dog parks stressful for dogs?

Dog parks can be stressful for some dogs, especially for those who aren’t used to being around strange dogs and who are very shy. Dogs who play hard can also easily become overstimulated and stressed out.

That’s why it’s so important to closely monitor your dog at all times and to leave the dog park before things get out of hand. As a general rule of thumb, dog park visits shouldn’t exceed 90-120 minutes.

See That Mutt’s article When to intervene at the dog park for more information on closely monitoring your dog.

What to do if there is a fight at the dog park?

Dog fights can be scary and can easily happen at a dog park, especially with dogs who are overstimulated, protective of toys, food and/or their owners.

The best way to break up a dog fight is to throw water onto the fighting dogs. There are usually water bowls and water pumps/hoses at dog parks, so water should be easy enough to get a hold of.

But even if water is available, it’s a good idea to be prepared and carry something on you that can be used to break up dog fights, such as:

It’s never a good idea to reach for the collars of the fighting dogs, especially if they’re medium to larger dogs. It’s certainly the first impulse (been there, done that), but the chances of getting physically hurt are just too high.

Are dog parks safe from disease?

Unfortunately, one of the downsides of dog parks is that they aren’t safe from disease. On the contrary, they’re actually an easy way for a dog to pick up a disease like bordetalla (= kennel cough) or parasites because so many different dogs go there.

That’s why you should never take your sick dog to a dog park. Likewise, it’s a good idea to literally walk away if you notice a dog coughing or acting sick in any other way.

Dog parks are a great way to bring people from different walks of life together who share a common interest – dogs! It also allows dogs to socialize with other dogs. However, see our section Are dog parks good for socialization? for more information about this topic.

Besides the socialization aspect, dog parks give owners and their dogs the opportunity to get outside together in a safe way. Going there can be a safer alternative to exercising a dog in busy cities, and it makes it easier for cities to enforce their leash laws.

Well-exercised dogs are also less likely to exhibit problem behaviors such as excessive barking or destroying a rental space. However, it’s important to understand that playtime at dog parks does not replace structured walks. Most dogs do best with a combination of supervised playtime and leashed walks.

As a little side note, we should keep in mind that it’s the communities who pay for public dog parks and their maintenance. In order to keep it that way, dog park users should all be smart and respect the various rules in order to keep them safe, clean and ultimately free of charge.

To recap, the following common-sense rules should be observed at any dog park:

See That Mutt’s article Should children be allowed in dog parks? for more thoughts on this highly debated topic.

Now it’s your turn! Do you take your dog to dog parks? Have you had good and/or bad experiences?

Previous
Is it Ok to Play Tug of War With Dogs? 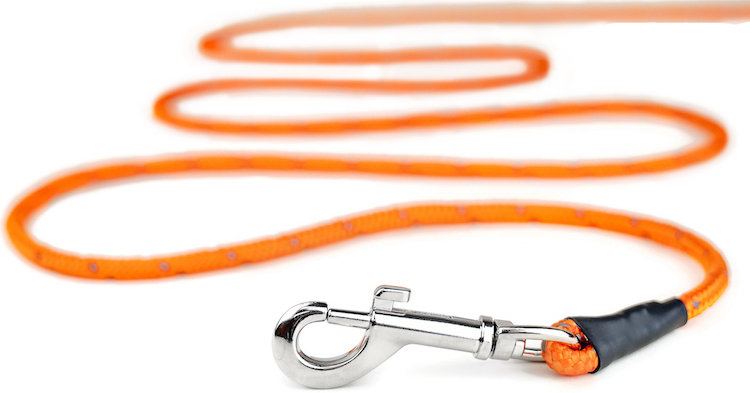 I like how you mentioned that dog parks are good for socialization for dogs. My dog has been inside a lot since I'm always working. I want to find a good dog park where she can run and play.

My dog was properly socialized, but he hated going to dog parks. He never got into fights and he wasn't afraid of other dogs-- he just didn't like the company of other dogs! He much preferred just chilling with people.

Our dog Alice loves the two dog parks near our house. One is free to the public and sponsored by a church and the other has a monthly fee. Both come with pros and cons and clear rules for participation. I will say the one we pay for is definitely our first choice. It is a fully fenced 16 acre property with a small creek dividing it with a pond for the dogs to swim in. There is tall grass our dog loves hopping through and playing with other dogs. It feels more like a dog friendly nature preserve. She always comes home both mentally and physically tired. It is also nice getting to know other owners, watching her make friends and be able to do some off leash training with distractions. Both require proof of vaccinations but the paid park also only allows membership after a temperament test. For us visits to the dog park are an important part of our routine and I am very thankful they are a resource in my community.

In a world where open land is becoming a thing of the passed and even many houses have postage stamp sized yards, dog parks are a needed. Some cities require current vaccination and rabies and have separate areas for large and small dogs, some even have puppy under x months. As far as a female in heat... I foster for a Rescue and had an intact female as a new foster. I prayed she wouldn't come into season before her spay surgery. I had the dogs outside to potty and play when one of my dogs hooked up with the female foster. On a Sunday morning, on the front lawn, there were these two tied to each other. Another good reason to not allow females in season in a dog park.