Dog lovers have so many options available when they’re ready to adopt a dog. Just one of those options is to go to a shelter.

The reason I used “kill shelter” in the title is because I want to focus on how to choose a dog from a crowded shelter where there is urgency to save a life but often little info about each dog.

This is often the case at shelters that kill dogs for space, but not always. I’m generalizing.

If any of you have adopted a dog from a shelter, I hope you’ll share some advice in the comments on how you made your decision and what you might do differently the next time.

Many dog lovers are really drawn to saving a dog’s life, but it would be helpful to get some advice from those who’ve been there.

The following are some of my own ideas as well as some examples from others. 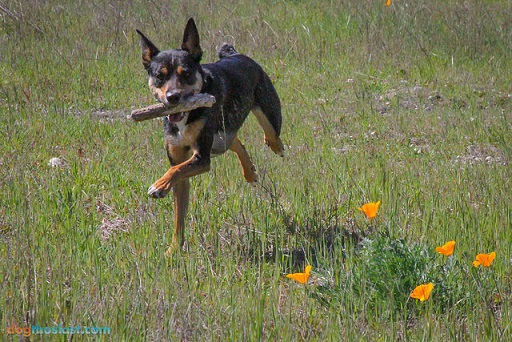 Get to the shelter early.

If you get to the shelter earlier in the day, you’ll have more time to look at the dogs as well as time to step away and think about your decision before the shelter closes.

“If you have a dog-obsessed friend, ask them to accompany you to the shelter and observe the dogs with you,” said Jen deHaan, who maintains the blog DogThusiast. “They will be a terrific resource to bounce ideas off of.” 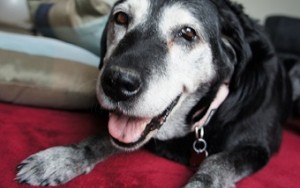 Consider an older dog that is at least 5 years old. I’m generalizing again, but middle-aged dogs and senior dogs are more likely to be potty trained and less likely to have major behavioral problems.

I’m not talking about pulling on the leash or not knowing the “sit” command. I’m talking about severe aggression, severe separation anxiety, possessiveness, etc. The reality is, if there was a problem with the dog, someone would’ve likely surrendered her years ago. Oh, and older dogs are generally less energy, too.

Focus on behavior, not breed.

deHaan stressed that adopters should treat each dog as an individual. Instead of focusing on the dog’s appearance, age, gender, size or breed they should consider the dog’s personality, energy and temperament.

“While there certainly are breed and age tendencies, they are just that – tendencies,” she said. “For example, the 14-month-old English shepherd I adopted should have been high energy if I went by her breed and age standards, but she was a couch potato!”

Does the dog focus on you?

“One of the first things I look for in a dog is how focused he or she is with me,” deHaan said. “Does the dog pay attention to people, or other dogs, or nothing in particular? Does the dog have an attention span? Does this puppy want to interact?”

She said to spend as much time as you can with the dog in the least stressful area as possible. So, maybe a quiet, isolated room. Or, see if you are allowed to go for a walk with the dog and a volunteer to see how the dog acts in a more natural environment.

Another tip deHaan suggested is to bring some toys along to see how toy motivated the dog is.

All of this combined information will help you determine how easy the dog might be to bond with and train, she said.

Does the dog seem to have experience living with a family?

There are some things you can try at the shelter to determine if the dog might have lived with a family, and therefore has some experience in a household, deHaan said.

For example, she suggested trying common interactions with the dog such as sit or down and also to see how well the dog walks on a leash. What does he do if the leash gets caught under his leg?

Another idea she had is to toss treats in the air to see if the dog can catch them.

The dog is stressed and may act differently once out of the shelter.

“The most important thing to remember is that a shelter environment is very stressful, and a stressed dog is not behaving how they will when they are relaxed,” deHaan said. “So take all of the behavior with a grain of salt, and look at the big picture: attentiveness, drive, and the overall level of stress.”

She said some dogs might not come out of their “shell” until after they have lived in a home.

“Two of my three dogs blossomed after they came home,” she said. “But they were stressed while in the shelter, and their personalities weren’t too evident there.”

She also said she wouldn’t count on a presumed “low energy” dog to remain that way once out of the shelter. The dog could very well be a “handful” later on.

However, she did say a very relaxed dog in a stressful environment is “probably quite balanced in general.”

Some questions to ask the staff/volunteers:

Since deHaan used to volunteer at a kill shelter, I asked her for ideas on the types of questions adopters should ask the staff members or volunteers.

Here were her ideas:

Some additional questions I thought of:

Understand that in some shelters, the staff or volunteers will not be able to answer all or even any of these questions. The information might not be known.

Try to have the dog meet your other dogs if you have them. 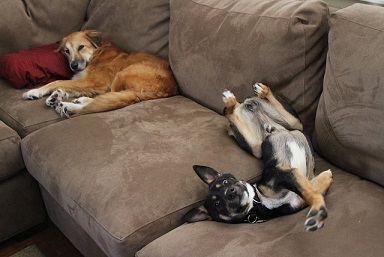 “Do try to have the dogs meet before making a final decision,” deHaan said.

If you don’t know a lot about dog behavior, she suggested having at least one very experienced dog person observe the interaction.

“Choose a second dog who your dog is relaxed around,” she said. “They don’t have to play or be friends, but should at least be relaxed.”

Take a step back.

Once you’re close to making your decision, take at least an hour to step away and think on it. Go to lunch or grab some coffee with your spouse or friend. Talk it over. If you’re still not sure, take a day or a week to think on it some more.

I realize there is urgency to rescue a dog, especially after you’ve met the dog, but the reality is there are always more dogs to adopt. You owe it to yourself to do your best to choose the right one. 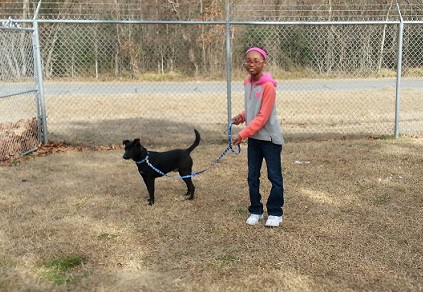 One of my blog readers, Jennifer Jenkins, said she and her family went to the shelter one Saturday just to “visit.” (I think you know where this is going!)

[quote_right]”We may not get the dog we want but we get the dog we need.”[/quote_right]They of course decided they would adopt a dog, and after a couple of their first choices didn’t work out, they ended up adopting a “long timer” named Huck, who they re-named Storm.

Storm was not what they family expected.

“He is hyper, hyper and hyper!” Jenkins said.

However, she said Storm has turned her family into more responsible dog owners, as they take him for lots of walks vs. just running in the backyard. They also work on training and she is thinking of putting him into agility or possibly dock jumping.

Some tips for preparing a home for a new dog

I know a lot of problems can be avoided (no matter where you get your dog) if you prepare as much as possible in advance. So, here we go:

Get your most important supplies lined up.

Food, a bowl and a leash are important, obviously, but so is a crate/kennel. Have one ready. The size of the crate you’ll need depends on the size of the dog, but you probably have some idea on what size dog you’ll want.

Stock up on some jerky or liver treats for training and bonding with your dog. Buy a few Kong-type toys (aff link) and peanut butter to stuff them with. Think about buying a baby gate so you can block off areas temporarily.

Have a potty training plan ready.

There’s a chance the dog won’t be housebroken, even if the shelter says he is. Just assume your adopted dog won’t be potty trained, and have a plan in place. Can you make it home during your lunch break? Can you gate off a small area? Can your neighbor help you out temporarily? Can you afford a dog walker?

This is something that should be planned in advance. Don’t just hope for the best.

Put your cat in another room when you leave for the shelter.

If you plan to have your dog meet your new dog at the shelter, have a friend ready to help. It would also be wise to drive two vehicles or to put the dogs in crates in the car for safety reasons.

Once you get home, have a plan for taking the dogs for a walk right away so they can get to know each other in a safe, controlled manner. A walk side-by-side in a neutral area is the best way to introduce most dogs or to help two dogs bond.

Have a training and exercise plan in place. 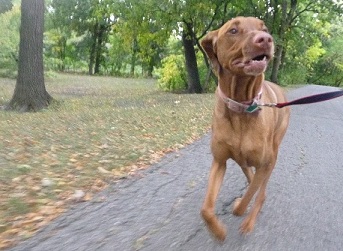 If this dog turns out to be super high energy, how will you provide him with exercise? Can you get up an hour earlier each morning and start a running routine? Is your wife willing to commit an hour to exercise the dog again after work? Can you afford dog daycare?

And what about training? Is there a trainer in your area you trust if issues come up? Have you looked into group obedience classes for teaching the basics?

Take at least three full days off from work.

I highly suggest taking at least a Friday, Saturday and Sunday off from work so you have three days to help the dog adapt to your home. I realize this isn’t always possible. It’s just the ideal scenario. A full week off from work would be even better if you can swing it.

OK, what do the rest of you think?

What would you add to this discussion?